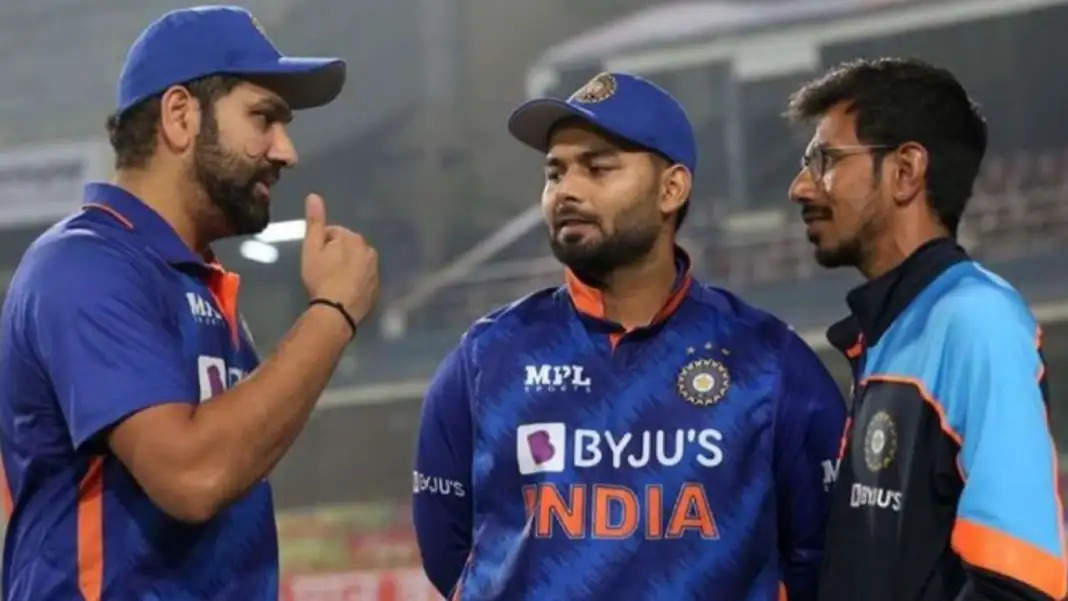 India on Sunday won the game against Pakistan to make a winning start to the tournament. India chasing 148, lost wickets at regular intervals thanks to the disciplined Pakistani bowling attack. It took a 50 run stand between Jadeja and Hardik Pandya to guide India to near safety. Despite the fall of Jadeja in the final over, Pandya weathered the storm by scoring 17 ball 33 runs with 4 fours and a six to knock the winnings runs in style. The six by Pandya was enough to help India win the game but there were some fun moments at the end of the match.

Pant gets his leg pulled by Rohit Sharma and Chahal –

Rishabh Pant was unlucky to miss the game on Sunday as he was benched in favor of Dinesh Karthik. The moment of the game was when it came to light that Urvashi Rautela was in Dubai to attend the game. The Bollywood actress and the Indian wicket keeper have been in the news for their social media fight. Rohit Sharma and Yuzvendra Chahal were seen trying to find Rautela and the cameras spotted Pant getting embarrassed as he was getting his leg pulled.

The social media spat of the year –

Urvashi Rautela had recently given an interview where she said one guy named MR RP had waited for her over 10 hours in the hotel lobby. The Indian wicket keeper asked the heroine to stop peddling lies and called her a sister in jest. The heroine was quick to respond and asked Pant to go play bat-ball in a social media post which was widely circulated. The two have exchanged barbs over the last few occasions. The presence of Rautela, caught the attention of the people. Pant was soon in spotlight sitting at the dugout with the Indian team wearing the training bib.

Pant to play next game?

India on Wednesday take on Hong Kong at the Dubai International stadium and it is expected that Pant will make a comeback to the side. India might make a few more changes to the side as they look to seal their place in the super 4’s.