Watch! Rohit Sharma comes out in support of Virat Kohli 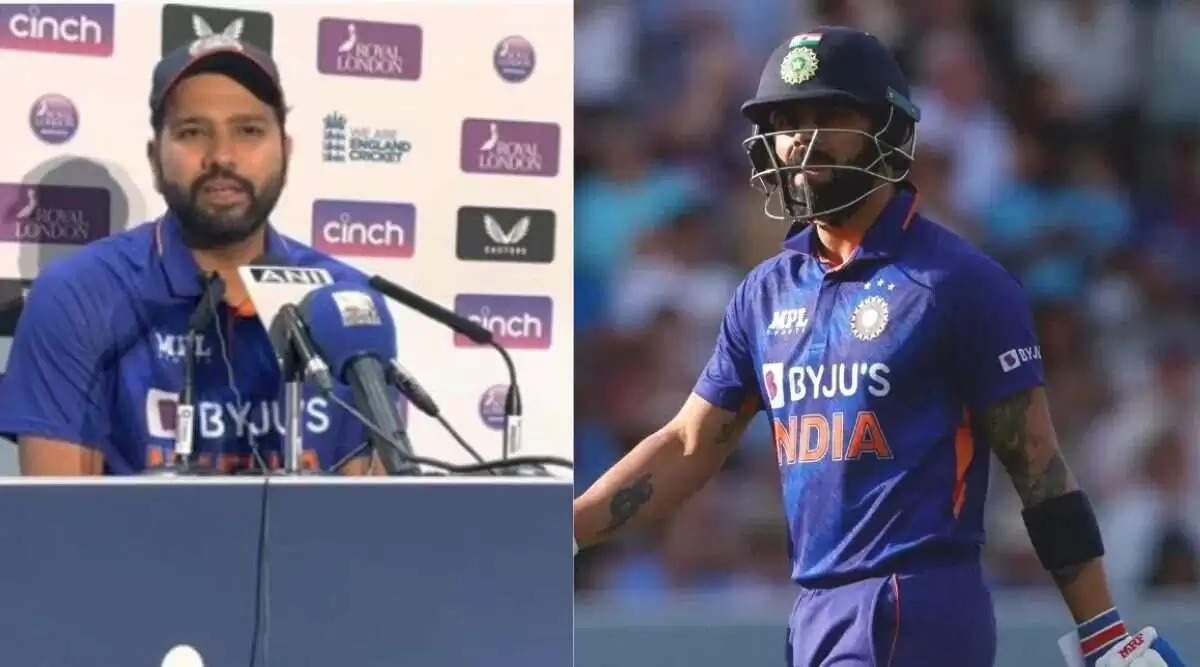 Indian Cricket team is getting ready to take on England in the final ODI at Manchester which will be played on Sunday. The Series is tied at 1-1 after India were humbled by 100 runs on Thursday at Lords. The Indian batting collapsed without a fight as Topley  took career best figures of 6/24. England havent lost a home series for 8 years and new captain Jos Buttler would want to keep the streak going. For Rohit Sharma and his team, the biggest cause of concern is the dwindling confidence that Virat Kohli has exhibited with the bat. Constant failures by Kohli has become a raging point of discussion amongst the experts.

Virat Kohli was known to stick by his team mates when they were struggling for form, during his captaincy stint. Rohit Sharma who has succeeded Kohli as the Indian skipper, is doing the same as he too is showing his trust in the 33 year old. During a news conference post the Lords defeat, Rohit came out in support of Virat. On Thursday, Kohli began well by striking 3 beautiful boundaries during India's chase of 247. Just when he seemed like he was set, the old weakness of fishing outside the off stump got him. David Willey had Kohli caught behind by Buttler for 16 to further peg back the Indian team.

Rohit has his say on the media -

Speaking to the Media, Rohit Sharma said "He (Kohli) is such a great batsman, so he does not need reassurance. A player like him, who has played for so many years, and who has won so many matches, only needs one or two good innings to bounce back. We do have chats about this topic. The quality of the player never gets worse. That we all should keep in mind. That is very important. He has made so many runs, check his average, how many hundreds he has made, he has (vast) experience of doing that. There is a slump in every player’s life. Even in the personal life, it comes.

Rohit was yet again asked on Virat. And I am glad he said what he has. Good to see the captain back his top man. pic.twitter.com/OBtd4JHOFE

India play the final ODI at Manchester on Sunday, July 17th in a day game with the series leveled at 1-1. England would love to give their new captain Buttler a series win in his first outing as the skipper. On the other hand Rohit Sharma would love to make sure he takes home the honours and break's proud home ODI record.