Watch! Rohit Sharma forgets what he wants to do after winning the toss 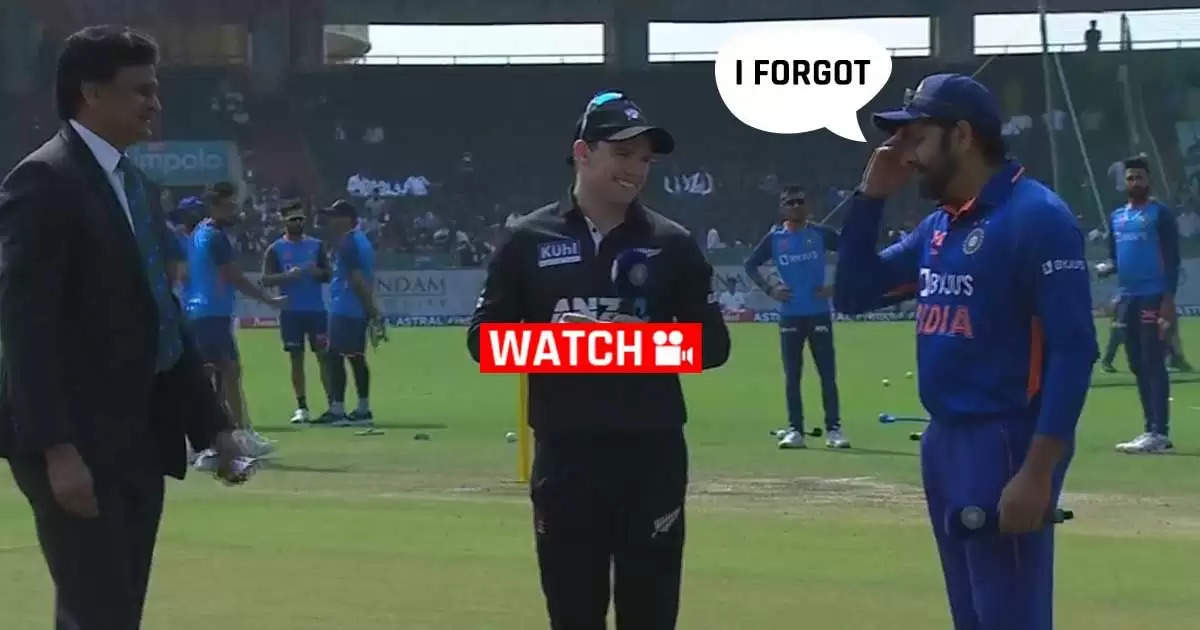 India and New Zealand locked horns in the 2nd ODI on Saturday. This was the first that, Raipur was hosting an ODI and became the 50th Indian venue to achieve this feat. India came into the game with a 1-0 lead in the series. In the 1st ODI at Hyderabad, India won the game by 12 runs after scoring 349. Michael Bracewell’s century went in vain as the Indian bowlers kept their cool to win the game.

🚨 Toss Update 🚨#TeamIndia win the toss and elect to field first in the second #INDvNZ ODI.

Mohammad Siraj and Mohammad Shami showed their might with the new ball again. The 5th ball of the 1st over saw Finn Allen get done for pace and bowled for a duck by Shami. 8 runs later, Siraj struck when he had Nicholls caught at slip for 2 off 20 balls. Daryl Mitchell fell to a terrific caught and bowled off Shami for 1. Hardik Pandya then came into the attack to send back Devon Conway caught and bowled for 7, before Shardul Thakur had Tom Latham caught at slips by Gill for 1.

At 15/5 India had the visitors on the mat and there was an early finish on the horizon. Last game’s hero Michael Bracewell and Glenn Phillips added 41 runs as the pair seemed to bring things under control. Shami came back into the attack and had Bracewell caught behind for 22.

After the fall of Bracewell, it was the 47 run stand between Santner and Phillips which took the kiwis past 100.

Hardik Pandya had Santner playing back to his stumps for 27 and reduced the Kiwis to 103/7. Washington Sundar then got 2 wickets, first dismissing Phillips for 36 then Ferguson for 1. Kuldeep who had dropped a caught and bowled chance off Santner got into the wickets when had Blair Tickner out LBW for 1 to bowl out the visitors for 108.