Watch! Rohit Sharma's six hits the security guy in the most hilarious part of his body 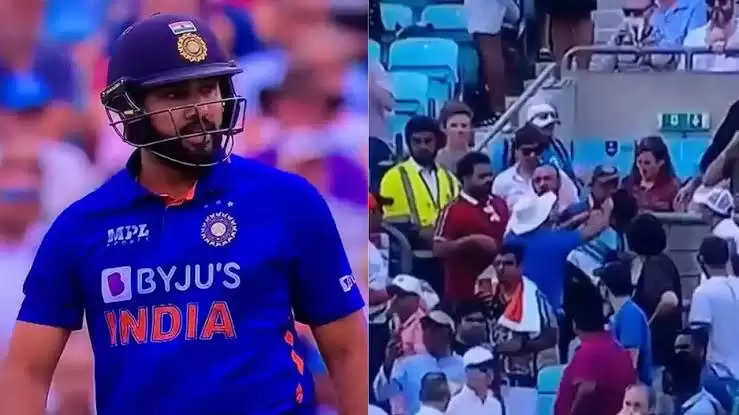 India and Sri Lanka are locking horns at the Dubai International Stadium, as both the teams are playing their second game of the Super 4 stage. Sri Lanka began the Super 4 stage with a win over Afghanistan to exact revenge for their loss in the opening game of the tournament. India on the other hand lost their game against Pakistan on Sunday by a very close margin. India need to win the game to keep their hopes for a place in the final alive. Sri Lanka won the toss and chose to bowl first and went in unchanged. India on the other hand made one change as they got Ashwin in place of Bishnoi. The move was made with Sri Lanka having quiet a few left handers in their line up.
The Story as it happened -
The Indian captain good a rare good start with the bat and he seemed to be in the mood to capitalize on it. Rohit has been getting the starts during the Asia Cup 2022 so far but hasnt been able to get on with it. On Tuesday, he was quick to go after the Sri Lankan bowlers. The Incident in question happened during the first ball off the 10th over of the Innings as it was bowled by Ashita Fernando. The right arm fast bowler had given 14 runs off his first over and the first ball he bowled, Rohit swung it for a six and got the security guard right on his back side as he was looking away.

India lose two early wickets -
Batting first after SL won the toss and chose to field, India made a slow start as KL Rahul and Rohit Sharma came out bat. Maheesh Theekshana got the first wicket when he had Rahul out LBW for 6. In walked Kohli who has been in terrific form with the bat with two back to back fifties. Dilshan Madhushanka saw the former Indian captain try to swing one across the line. Kohli only managed to see his stumps lay spread eagle across the floor as he was out for his first ever duck in Asia Cup. 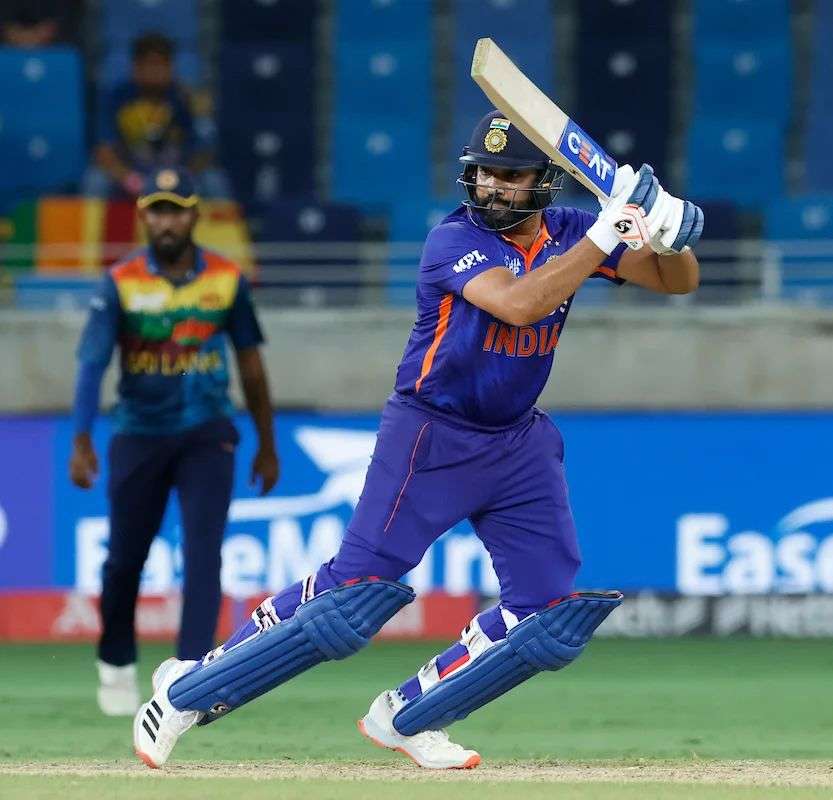 Rohit and SKY take charge -
Post the fall of wicket, Rohit was joined by SKY and the Mumbai Indians pair added 97 for the 3rd wicket. Rohit was severe on the pace bowlers as he smashed them for fours and sixes. SKY on the other hand played deft strokes as Rohit was looking set for a century, the Indian captain though was sent back for 72 off 41 balls with 5 fours and 4 sixes when he was caught by Nissanka off Karunatatne to leave India at 110 for 3 with more than 7 overs left