Watch! Sachin Tendulkar roll back the clock ahead of the 2nd season of Road Safety World Series 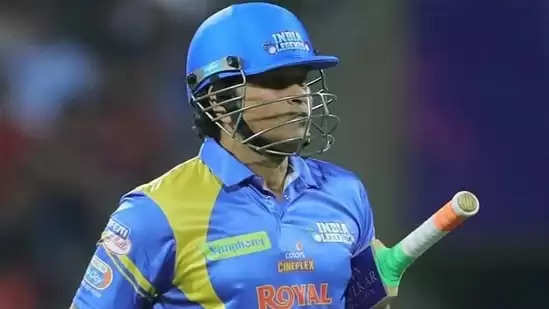 Indian Cricket fans might be sad at the prospect of not seeing the Indian national cricket team play the final of Asia Cup 2022. The frowns though have turned upside down as they get to witness the God of Cricket, Sachin Tendulkar pad up once again.

The 49 year old will be leading the Indian legends once again to defend the Road Safety World Series title. The first game will witness Indian legends take on South African legends on 10th September at the Green Park Stadium at Kanpur.

It is nearly a year since, Sachin Tendulkar was last seen playing for Indian legends in the Road Safety World Series. The 49 year old was the captain, when India beat Sri Lanka in the final to win the title. A twitter handle by the name Sachin Tendulkar Fan Club posted a short video clip. The clip showed the master blaster Sachin Tendulkar in his full poise batting in the nets. Nothing seems changed as his batting pose, his head position and elbow were all the same.

Landed in Kanpur at 4 PM, Headed to practice at 8PM. Time flies but @sachin_rt 's love for the game never gets old. #RoadSafetyWorldSeries pic.twitter.com/rS6gnj3MsJ

Indian legends begin the campaign with a game against South Africa led by Jonty Rhodes. The Indian team then faces off against West Indies legends on 14th in a game which will pit Tendulkar and Lara face to face. India then face off NZ and Bangladesh on 18th and 21st before finishing the group phase against England. One of the curious things to have taken place is that India and Australia do not face each other in the group phase.