Watch! Sanju Samson waits for a game of football as Netizens take plight on his situation on Twitter 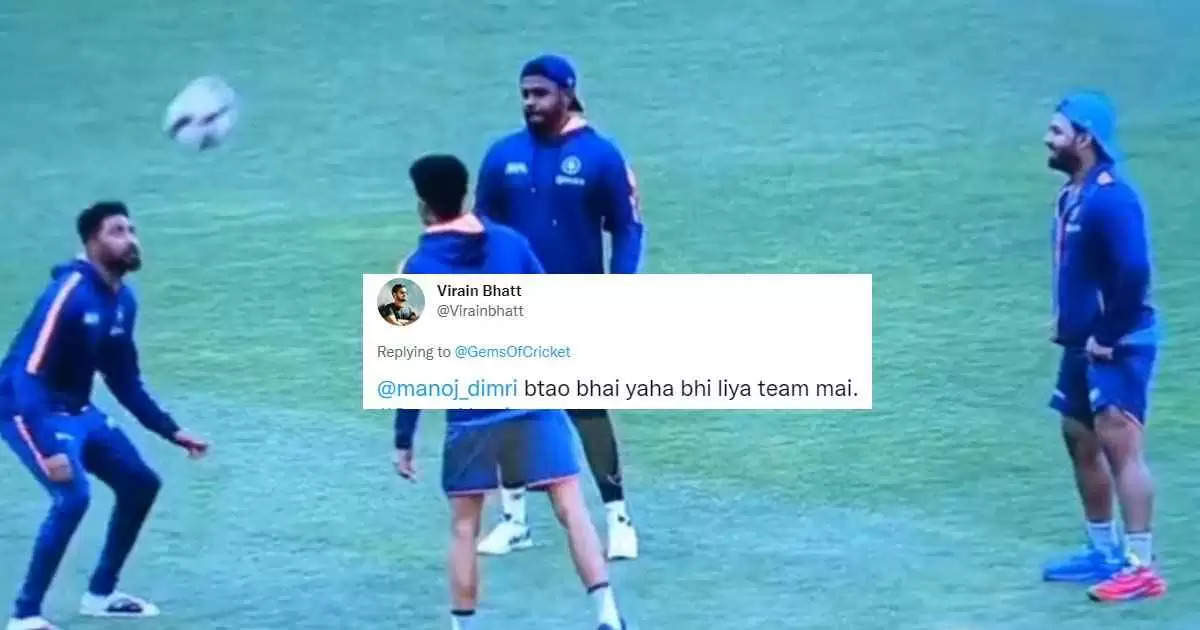 India’s tour of New Zealand is finally heading into the 3 Match ODI series which begins from Friday. The 3 match T20 series was won by India with a 1-0 margin as the first match was abandoned.

India then won the 2nd T20 on Sunday before the 3rd T20 ended in a tie on Tuesday after the Indian team was on par with New Zealand on the DLS score. The focus now shifts to the 3 match ODI series with Shikhar Dhawan leading the line.

The Indian cricket fans were surprised that Sanju Samson wasn’t given a run in any of the 3 games for India in the T20 format. The 28 year old who has been in amazing form for India in recent times will now look to play in the 3 match ODI series starting on Friday

The Indian team is known for playing football during their practice sessions before a game. Mohammad Siraj was playing head football with the likes of Shubman Gill and Rishabh Pant as the trio were immersed in the game.

A twitter user by the name Hitesh Garg posted a clip worth 8 seconds on Twitter with the caption which read “Yaha bhi nahi khila rahe” (NOT GIVEN A CHANCE HERE AS WELL).

The eyes of the Indian fans will be on the big ODI game on Sunday as the Indian team will be led by Shikhar Dhawan. The 37 year old will lead India for the 3rd ODI series in a row after captaining during the West Indies and South African series and winning them both easily.

The fans will hope to see Umran Malik and Shubman Gill feature along side Sanju Samson. Malik, who turned 23 on Tuesday was yet again warming the benches as Hardik Pandya looked past the talented seamer.

Cricket fans took to Twitter to have their say on the Samson and you can read all the tweets below.

Fun fact- He is even a better footballer than most of the local guys, he hails from Kovalam, scouting grounds of kerala blasters.


🥲🥲🥲 exactly how team members ignore me in group activities

😭😭😭 feel for him now really

Laughing and crying at the same time.