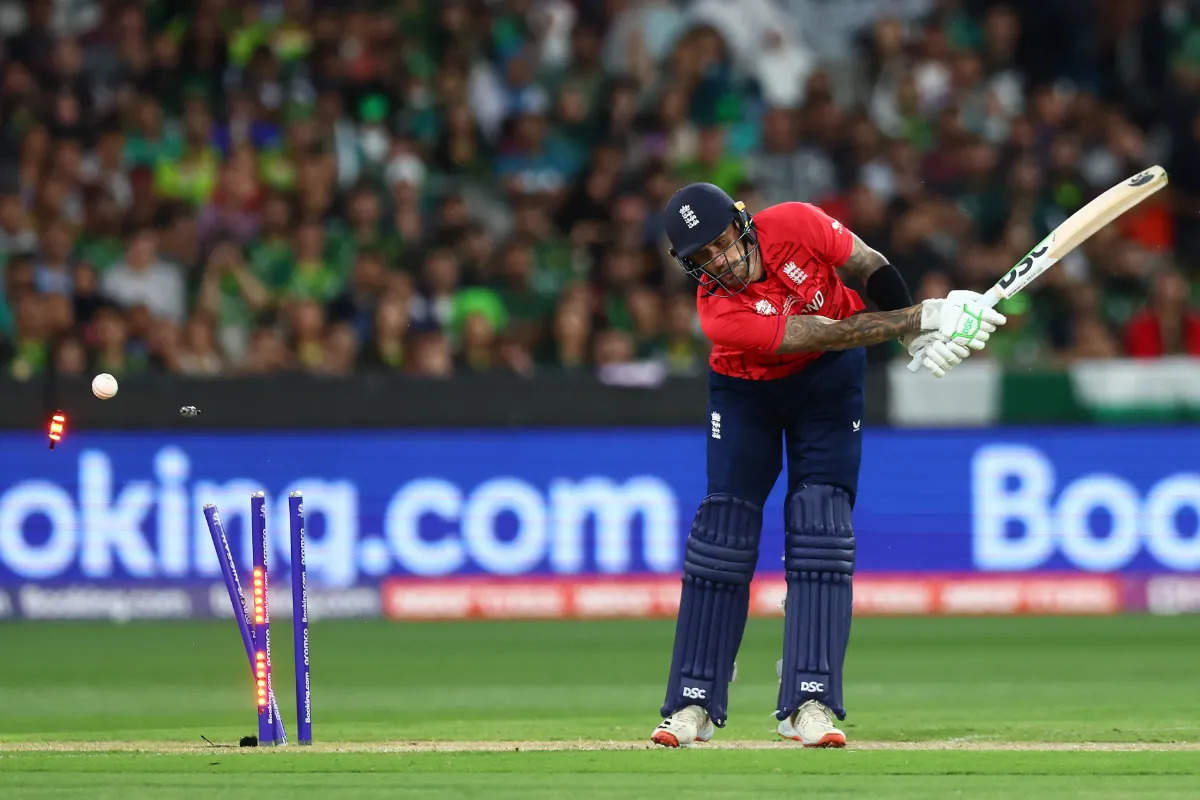 Melbourne Cricket Ground was the venue as Pakistan and England faced each other. The occasions was the 2022 ICC T20 World Cup Final. Both the teams played some amazing cricket in their Semi- Finals to make it to the summit clash of the tournament.

Pakistan beat New Zealand at the Sydney Cricket Ground on Wednesday, while England beat India by 10 wickets at the Adelaide Oval on Thursday. Jos Buttler and his men came into the tournament after beaten Pakistan in their own backyard with a 4-3 margin in the T20I series.

Just like the Semi Finals, England won the toss and chose to bowl first. Both the teams went unchanged from their semi-finals encounter. This game was a repeat of the World Cup final in ODI cricket which happened in 1992. Back then it was Imran Khan and his men who beat the English to claim their first World Cup title.

Pakistan batted first and posted a under par looking 137 run score on the board. Alex Hales and Jos Buttler who had battered the Indian bowling came out bat. The final ball of the 1st over bowled by Shaheen Shah Afridi saw instant magic.

With 7 runs coming off the first 5 balls, Alex Hales was facing off to Afridi. The left arm seamer got one to seam in and beat Hales for pace. The batter had a look of shock on his face as the ball hit the stumps even before he could get his bat down to negate it.

Sam Curran picked 3 wickets with the ball as the Pakistani team could only score 137. Rizwan and Azam again struggled to get going as they added 29 for the 1st wicket. Curran got the wicket of Rizwan for 15 when he chopped one back on his stumps.

Adil Rashid took a smart catch to get rid of Babar Azam caught and bowled for 32. Earlier, Rashid had got the wicket of Haris for 8 caught by Stokes. Shan Masood top scored for Pakistan with 38 before falling to Sam Curran.

Chris Jordan then showed his death bowling skills as he combined with Curran to dry the scoring areas and chances for Pakistan.

The ball by Afridi to Hales had the cricket fans talking as they took to twitter and had their say. You can read all the tweets by the fans below.

This is what Arshdeep Singh should have bowled to Alex Hales in the semis like what Shaheen Shah Afridi did few minutes back. #ENGvPAK #T20WorldCup #T20WorldCupFinal pic.twitter.com/HdooIiDhMN