Watch! Shakib Al Hasan loses his cool at the umpires as Twitter reacts 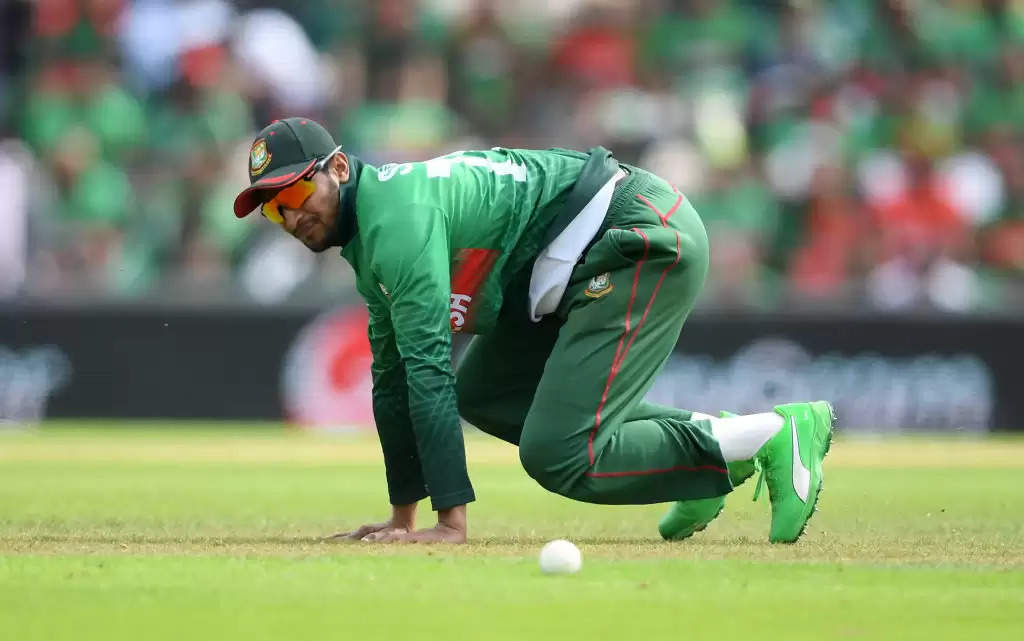 Super 12 stage of the 2022 T20 World Cup saw its final games being played on Sunday. The triple header day for Group 2 threw some shocks as the semi-finalists are now finalized. Earlier in the day South Africa’s wretched luck came to strike yet again in the ICC tournaments. The Proteas were shocked and knocked out by the unfancied Netherlands by 13 runs.

The loss suffered by South Africa, gave both Bangladesh and Pakistan a chance to stake their claim in the final 4. Adelaide Oval on Sunday, saw an emotionally charged game between the two teams who fought tooth and nail to make it to the semi-finals.

Shakib Al Hasan the Bangladeshi captain endured a terrible day on the field on Sunday at the Adelaide Oval. The 35 year old earlier in the day was given out under controversial circumstances.

The Bangladeshis then saw everything go against them as a similar LBW shout during the Pakistani innings did not go their way. As there was huge boos in the ground and the crowd at the injustice suffered by the Bangladeshi team.

Shakib Al Hasan irked at his own team mate –

The incident happened in the 12th over with Ebadot Hussain bowling to Mohammad Nawaz as Pakistan needed 66 runs to win the game. There was a huge shout for LBW which was turned down by the umpire.

The ball was picked by the fielder at point, who threw it at the Strikers end at the stumps. Much to the shock of Shakib there was no back up and the ball ran to the fence to give 4 overthrows to the Pakistani team. Shakib showed his anger by throwing his cap down and then went and had a conversation with the umpire.

Chasing 129 to win, Pakistan began slow with Babar Azam and Mohammad Rizwan taking their time to get going. This built pressure on the opening pair as they put on 57 from 10.3 overs. Babar was the first to go for 25 off 33 balls with 2 fours, while Rizwan followed suit with run a ball 32 with 2 fours and a six.

Nawaz was sent at number 3, while Mohammad Haris scored 18 ball 31 with a four and 2 sixes. Pakistan lost a few quick wickets but Shan Masood with 24 not out off 14 balls with 2 fours made sure the team won by 5 wickets with 11 balls to spare to reach the semi finals.

Cricket fans took to Twitter to voice their opinion on what they saw and you can read all the tweets below.

What a dirty player Shakib @Sah75official is, keeps arguing with umpires, shows negative emotions on the field. No sportsman spirit. #PAKvsBAN pic.twitter.com/no8PPAPdSD

Well #ShakibAlHasan was not out..that's the fact but it doesn't mean that middle order have to get out cheaply

Without #MahmudullahRiyad #MushfiqurRahim bd middle order is going to suffer like that only!#PAKvsBAN

Feeling sorry for @Sah75official. He's been victim of umpiring throughout the tournament.#PAKvsBAN

Tbh I feel bad for @Sah75official he is a good player :)

Umpires at kept silent by the payments from the other side of our country, they are unable to hear #ShakibAlHasan now. They aren't reviewing any DRS #Cheaters #notout #PAKvsBAN #ICCT20WC pic.twitter.com/veg6L1w9S1