Watch! Shakib Al Hasan loses its cool at the umpire once again this time in BPL 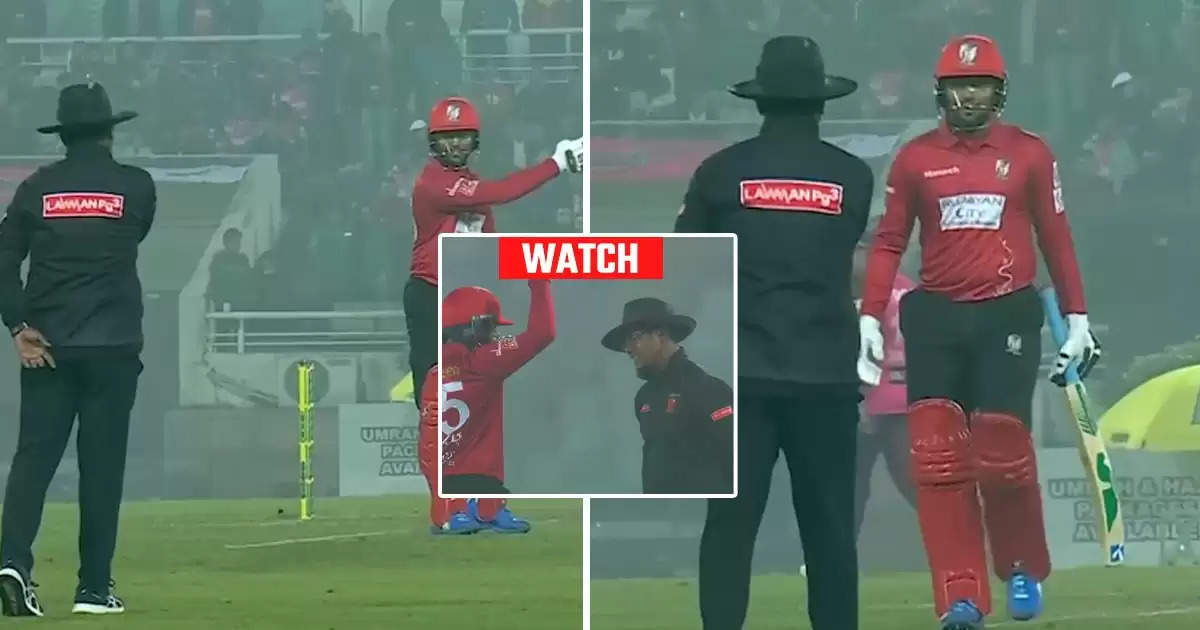 Umpires are regarded one of the most important figures in any sporting field. Arguing and making a point is one thing, but misbehaving with them is another. Shakib Al Hasan the Bangladeshi test and ODI skipper seems to be making a habit of this.

Shakib has over a long time been known for his outrageous behavior with the on field umpires. The 35 year old’s conduct towards the umpires has been questioned and called out time and again and on Saturday it was evident once again.

Shakib charges aggressively to the umpire –

The incident in question happened in the 16th over when Rejaur Rehman Raja bowled a short ball to Shakib. The ball made its way over the head of the batter to wicket keeper Mushfiqur Rahim. Shakib turned and started demonstrating with the umpire when he saw there was no call for a wide ball.

He started to make his way to the umpire and started protesting even more showing the height of the ball. The call from the leg umpire was wrong but Shakib Al Hasan made it even worse with his protests. Rahim pulled away his friend and team mate before the matter gets ugly.

Shit Shakib..! You cannot do this. YOU CANNOT DO THIS. #DhakaLeague It’s a shame. pic.twitter.com/WPlO1cByZZ

Not the first time Shakib has done this –

In 2021, during a local game, Shakib Al Hasan had lost his cool at the umpire and kicked the stumps. This was after the umpire did not withhold an appeal for LBW. In another game due to some argument, Shakib Al Hasan uprooted the stumps and threw it on the ground. On both occasions, Shakib later apologized for his actions on social media.

One more... Shakib completely lost his cool. Twice in a single game. #DhakaLeague Such a shame! Words fell short to describe these... Chih... pic.twitter.com/iUDxbDHcXZ

Chasing 195 to win, Najmul Shanto began with 48 off 40 balls, before Towhid Hridoy and Zakir Hasan with 43 took control of the chase. The winning runs came with an over to go, as Mushfiqur Rahim with 23 off 11 balls and former Sri Lanka player Thisara Perera with 20 off 9 balls took the strikers home to a 6 wicket win.