Watch! Shami bowls a beauty to get rid of Jos Buttler during the 2nd ODI 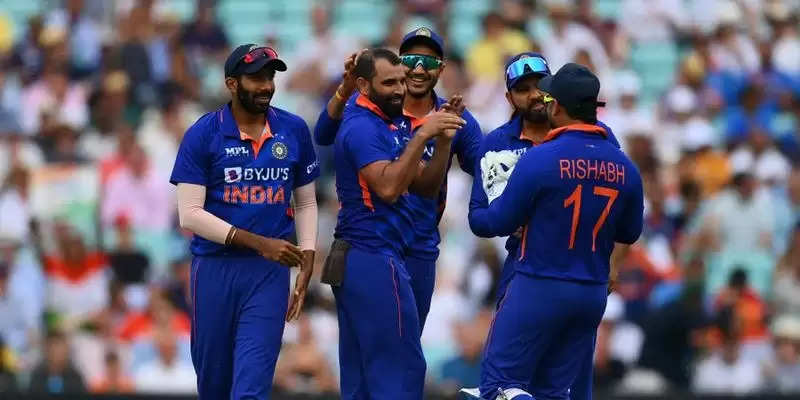 Indian cricket team led by Rohit Sharma for the 2nd ODI at the iconic mecca of cricket Lords. India came into the game with a 1-0 lead after winning the first ODI at Oval by ten wickets. The first game on Tuesday saw Jasprit Bumrah run riot with 6 wickets as the English team were bowled out for 110. India over hauled the target in just 19 overs as Rohit Sharma stayed not out on 76 and Dhawan on 31 to register an easy ten wicket win.

Shami gets Buttler with a beauty-

The Indian bowling showed its form again as the English batters had no answer to the line and length bowled. New ODI skipper Buttler walked into the wicket with the score reading 82 for 3. Root had just been dismissed by Chahal LBW for 11 and the skipper had a huge task. Buttler had top scored with 30 in the last game was batting on 4 off 4 balls when Shami bowled a yorker. The English skipper missed the line of the ball and heard the death rattle as he was out for 4. England were in a spot of bother as they were now 87 for 4.

India bowl as Kohli comes back –

India won the toss and elected to bowl first, India made one change as Virat Kohli came back into the side. England on the other hand were unchanged on a pitch which looked good for batting. England haven’t lost a home series since 2014, with India the last team to beat them. Jason Roy and Bairstow showed intent with the bat and added 41 for the opening wicket. Roy was caught by Yadav off Pandya while he went for a flick and was out for 23. Chahal then came into the game and had the wickets of Bairstow for 38 and Root for 11. Chahal also got rid of Ben Stokes LBW for 21, at the time of writing England were 148 for 6 with Livingstone becoming Pandya’s 2nd wicket.

The amazing wicket taking ball by Shami to get rid of Buttler had the Indian fans going crazy as they took to twitter to have their say.