Watch! Shane Warne interacts with a young Rehan Ahmed tipping him for success 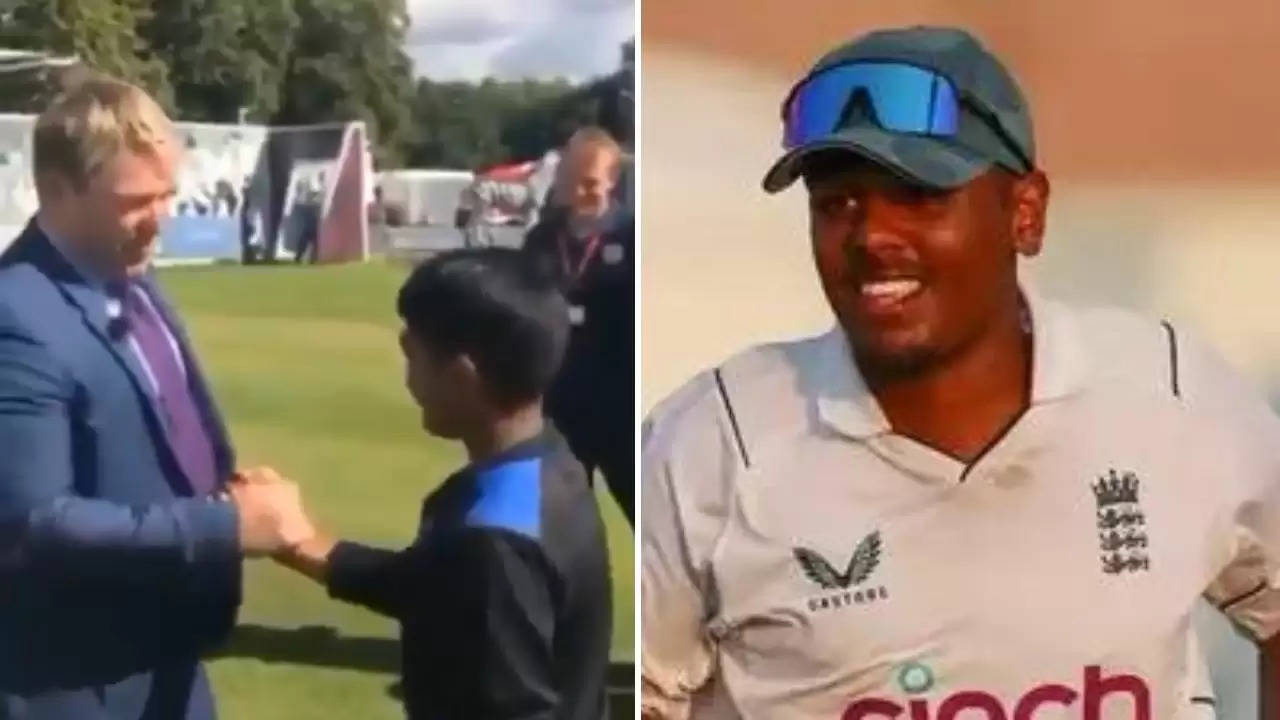 International cricket is full of excitement whenever a youngster gets called up by his national team. 18 year old Rehan Ahmed from England is set to tour to Pakistan after getting his 1st call up.

England are scheduled to tour Pakistan for a 3 match Test series starting on 1st December. The 3 games are to be played at Multan, Rawalpindi and the final test is going to be held at Karachi. England finish their series on 21st December and head back home just in time for Christmas.

England on Thursday added young leg spinning all rounder Rehan Ahmed to their test team. if he makes his debut he could become England’s youngest ever test player. Rehan comes into international cricket with a lot of promise despite playing a handful of domestic games.

Australian legend Shane Warne had a eye for talent when he saw one. Warne, tragically passed away earlier this year on 4th March while on a holiday. The former leg spinning great had one once met Rehan when he was just 13 years old.

A video from 5 years ago has surfaced on Twitter as Warne could be seen interacting with Rehan. The former Australian legend could be heard telling him “that’s awesome man. Really… Really good I will be keeping an eye on you and commentating on you soon. You will be playing first class cricket by the age of 15”

This old video of Shane Warne telling a 13-year-old Rehan Ahmed that he'll be playing first-class cricket by 15 is really quite heartwarming.pic.twitter.com/K4uwxrqJ3r

Brendon McCullum has his say on the youngster –

England’s test match coach, Brendon McCullum wasn’t hyping the 18 year old by any stretch of imagination. Speaking to the media, the former Kiwi skipper said “We know he's not the finished article and has raw potential, but Ben (Stokes), myself and the rest of the coaches like how he approaches his game. The experience of being part of the squad in Pakistan will be hugely beneficial for him, and he will add to the make-up of our squad

Rehan Ahmed made his domestic debut for Leicestershire and has played 3 games so far picking 9 wickets with the ball. He has the best figures of 5/114 which was against Derbyshire. He has played 7 List A games and picked 5 wickets, while picking 21 T20 wickets from 19 games.