Watch! Shikhar Dhawan falls for an heartbreaking 97 as twitter has its say 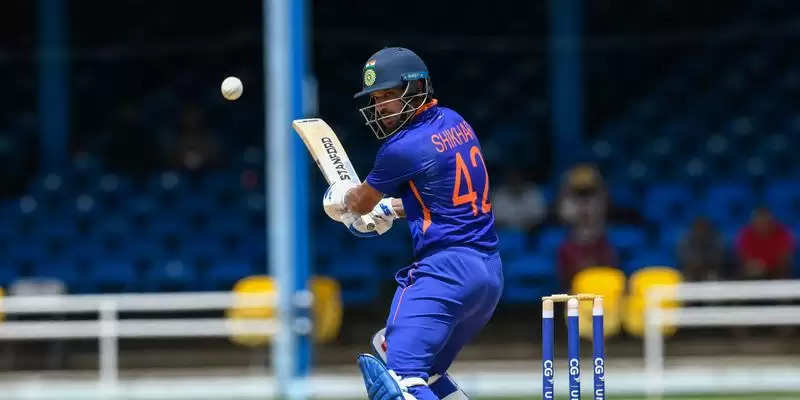 India began its tour of West Indies with the first ODI on Friday at the Queens Park Oval at Trinidad. West Indies won the toss and put India into bat as there was rain predicted for the 2nd half of the day. India are being led by Shikhar Dhawan, with majority of the stars being rested for the 3 match series. India on the eve of the series lost the services of Ravindra Jadeja, who sustained a niggle. West Indies on the other hand come on the back of an ODI series loss to Bangladesh.

India opened the innings with Shubman Gill and Shikhar Dhawan, both the batsmen looked in fine touch. At the end of the 10th over, India were scoring at over 7 runs per over. Gill was looking in blistering form with the ball as he took liking to the pace of Alzzari Joesph. Gill reached his 50 which was his first ever in ODI cricket beating the 33 he scored against Australia at Canberra.

The first wicket stand was worth 119, before lazy bit of running cost Gill his wicket when he was run out for 64 off 53 balls with 5 fours and 2 sixes. Dhawan was joined by Iyer and the pair added 94 more runs for the 2nd wicket. Dhawan had hit Motie for a huge six to reach 97. The next ball the ball turned and jumped and Dhawan went for a caught. Much to his disgust he was brilliantly caught by Brooks at point for 97 off 99 balls with 10 fours and 3 sixes. The wait for an ODI century by an Indian continues, as the last 100 came from the blade of Rohit Sharma in early 2020 before COVID.

Iyer leads the charge to score his 50 before perishing –

Shreyas Iyer who has been in the eye of the storm for his inability to play the short ball, continued his love affair with West Indies. He had scored 2 fifties in the previous two games when India toured in 2019 at the same venue. Iyer reached his 50, and also went past 1000 runs to become the 2nd fastest Indian to do so.

Post the fall of Dhawan, the Indian cricket fans took to twitter to have their say on the wicket of Dhawan and you can read all the tweets below.

Had positive vibes about him after watching his interview with @Vimalwa sir yesterday. pic.twitter.com/Cne24dtYab