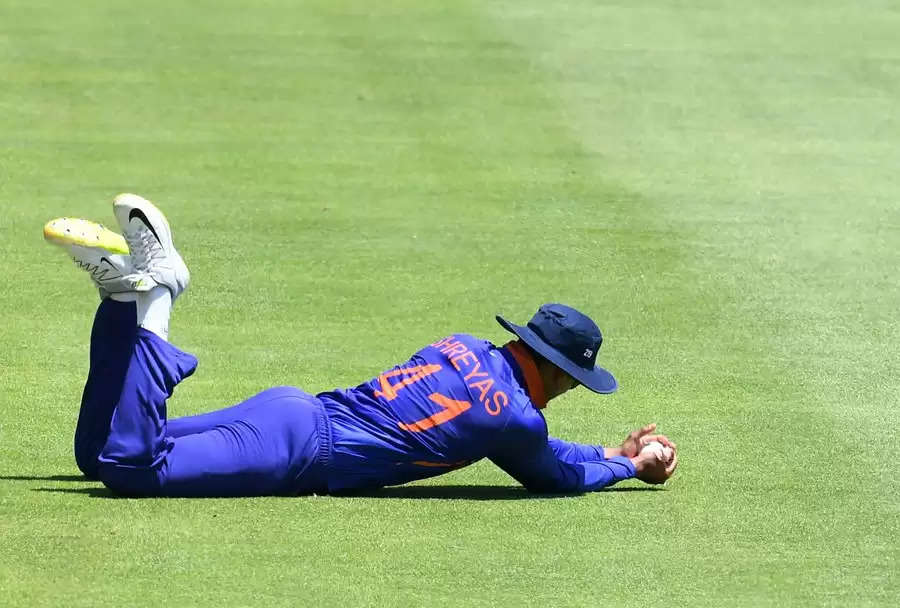 Indian cricket on Sunday, 24th July had a second successive series win as they beat West Indies in the 2nd ODI at Trinidad and Tobago. Last Sunday, 17th July India were in England and had beaten the ODI world champs to win the ODI series 2-1. The game on Sunday at the Queens Park Oval was more dramatic and more event filled as Axar Patel dug India out of a hole as his unbeaten 64 led India to a famous win with 2 wickets and 2 balls in hand.

West Indies were well placed when Rovman Powell came to the wicket and the home team were looking to press home the advantage. Powell, who has been in good form in recent times, looked like he was in the mood to go after the Indian bowlers. He had smacked a four and six during his stint at the crease. Thakur bowled one wide and Powell hit the ball with deadly force, but much to the shock of the fans and Powell himself, Iyer took an easy looking catch. The ball was hit with such force that it looked going for six, only to find Iyer at the boundary.

Nicolas Pooran won the toss and chose to bat first after he had seen India rack up over 300 in the last game. Kyler Mayers and Shai Hope did the same thing that Dhawan and Gill did during the 1st ODI. Both the West Indian batters scored at quick pace as the run rate was touching 7 runs per over. Mayers was out for 39 off 23 balls with 6 fours and a six, as he was caught and bowled off Hooda’s first ball of his bowling spell.

India get back into the game with 2 quick wickets –

Brooks walked in at 3 and added 62 runs for the 2nd wicket with Hope as the 33 year old right hander kept the score ticking. Dhawan got Axar back into the attack and the left arm spinner got one to stop and turn as Brooks was caught in the slips for 35. Brandon King tried to loft Chahal out of the ground only to get a top edge and fall for duck.

West Indian captain Pooran walked in at 5 and started out slowly, but once he got his eye in, there was no looking back. Pooran playing in front of his home crowd scored his 10th ODI fifty and added 117 runs for the 5th wicket with Hope. Pooran who was batting on 74 was bowled by Thakur off a brilliant yorker. The West Indian captain scored 74 off 77 balls with one four and six big sixes.

Shai Hope was playing his 100th ODI for West Indies and he marked it with a special ton. This made the 28 year old right handed opener the 10th man to achieve the feat of scoring a 100 during the 100th ODI game. The last to do it was current India captain Dhawan during the Johannesburg ODI in 2018. Hope scored 115 from 135 balls with 8 fours and 3 sixes as he played the anchor’s role to score his 13th ODI ton and help WI reach 311 on the board.

The Indian fans took to twitter and had their say on the catch of Powell taken by Iyer and you can read all the tweets below.

Right in the hands of @ShreyasIyer15, @Ravipowell26 dismissed by @imShard.