Watch! Shreyas Iyer takes a dig at the West Indian crowd after taking a crucial catch 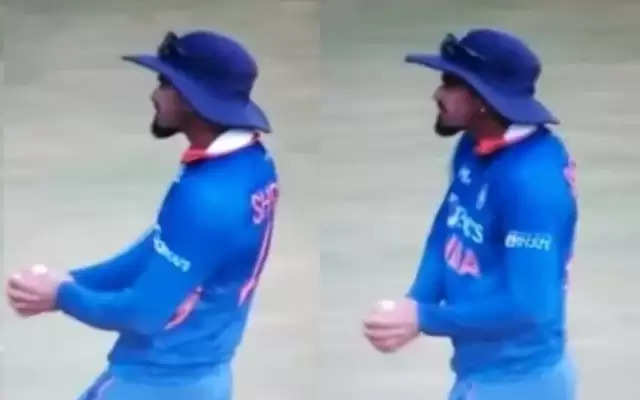 In few hours India and West Indies lock horns in the 2nd ODI which is to be played this Sunday. India head into the game after having won the 1st ODI at the same venue on Friday. It was an humdinger of a contest which saw the home team lose the game by the barest of margins. India on Sunday will look to keep the momentum going as they will look to seal the series. Shikhar Dhawan who is the captain of the side will hope India wins the series and keeps the good run of form in white ball cricket alive.

Chasing 309 to win, West Indies had lost the wicket of Shai Hope early for 6 with the score reading16. From there Brooks and Kyle Mayers added 117 runs for the 2nd wicket stand. Brooks who was looking to cut loose, got a short ball from Thakur and he pulled it. Much to Brooks shock, Shryeas Iyer was waiting and took a comfortable catch as Brooks was out for 46 off 61 balls with a six and 4 fours.

Iyer who took the catch was seen dancing and swooning and turning around to the crowd and repeating the motions. It seemed he was having a go at certain section of the crowd. Post the game reason came out for it, when Iyer revealed “some guys in the crowd were teasing me ‘saying drop a catch, drop a catch’ when a catch came my way, I tried to dance like them after taking the catch as a reply”

Shreyas Iyer had scored 2 half centuries during the last tour of West Indies both at the queens park oval at Trinidad. The 27 year old Friday scored his 10th ODI fifty and also became the joint 2nd fastest to score 1000 ODI runs. Iyer added 94 for the 2nd wicket with Dhawan before becoming the 3rd wicket to fall. Iyer was out for 57 ball 54 with 5 fours and 2 massive sixes. This was his 3rd consecutive 50 in the same venue for India.