Watch! Shubman Gill gets trolled by Indian cricket fans on Twitter for his dismissal 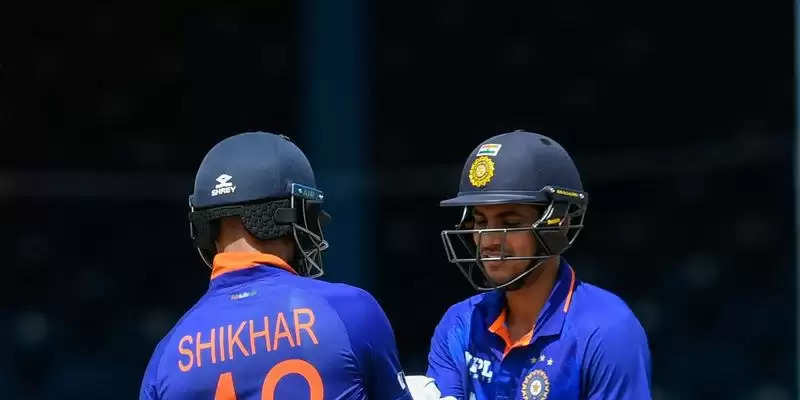 India on Sunday won the 2nd ODI at the Queens Park Oval to seal the series with still a game in hand. Chasing 312 to win, India had Axar Patel’s 64 not out to thank as they won the game by 2 wickets. This meant that India haven’t lost an ODI series to West Indies for 12 bilateral series. The star of the show was Axar Patel, but there were also important knocks from Sanju Samson, Shreyas Iyer, Deepak Hooda and Shubman Gill during the huge chase.

Shubman Gill falls while trying to play the Dil-Scoop –

India were tasked with a huge chase of 312 after West Indies posted 311 on the board. The huge total was thanks to a 13th ODI century by Shai Hope who was playing his 100th ODI. Dhawan and Gill opened the innings and paced their start well to score 48 for the 1st wicket. Gill was the aggressive partner, while Dhawan was playing the anchor. Against the run of play, Dhawan fell for 13 when he was caught by Mayers off Shepherd for 31 ball 13. Gill batting on 43 went for a Dil-Scoop only to under edge the ball and give an easy return catch to Mayers.

Shubman Gill who made his ODI debut in 2019 during the tour of New Zealand was playing his 5th ODI in 3 years. Gill had played well to score 64 in the 1st ODI before falling to an accurate throw from Pooran to get run out after lazy piece of running from the youngster. Gill was looking good to score yet another 50 on Sunday as he was classy with some of the strokes. Gill smacked 5 boundaries during his stay the crease before his untimely dismissal.

Shubman Gill who has been given a rare chance to prove his worth in the ODI format as the Rohit Sharma was rested while KL Rahul wasn’t considered. Gill who looked classy during his short stint had managed to anger a lot of fans with his dismissal. The Indian cricket fans took to twitter and had their say on the wicket of Gill and you can read all the tweets below.

.@ShubmanGill tried to hit behind the keeper and completely missed it.

One of the most bizarre dismissals. pic.twitter.com/KOfWp52t9Q

If throwing your wicket after getting a start is an Art then @ShubmanGill is Picasso of it💉 https://t.co/Qeo9yMg4l4