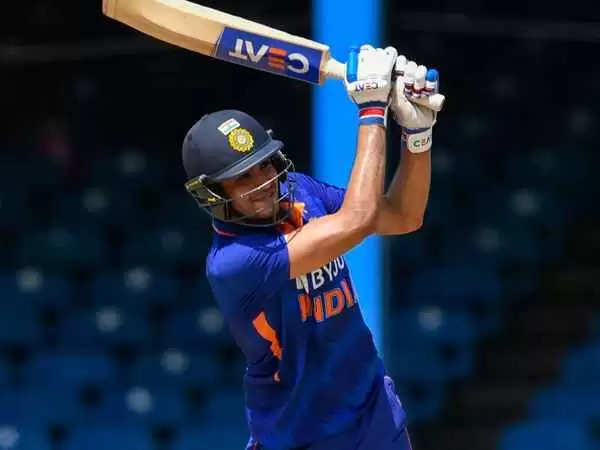 Opportunity they say, is the biggest gift anyone can get, and Indian cricketers always look forward to it. With all the big names being rested for the 3 match ODI series, the chance for some of the younger stars came calling. Someone who was looked at the brightest young stars is none other 22 year old Shubman Gill. India after resting Rohit Sharma the Indian captain and KL Rahul not being around, Dhawan got to open with Gill and the duo have batted well so far.

India won the toss and chose to bat first with Krishna coming into the team for Avesh Khan. West Indian team made 3 changes as they look to win the game and end the series on a high. India won the first 2 games to take the series with both the games being played at the same ground in Queens Park Oval.

Shikhar Dhawan and  Shubman Gill made their way to the middle and started out slow. The two scored just 44 runs in the 1st ten overs of the game before they cut loose. It was Hayden Walsh who saw Gill make his way down the track and hit him over the top for a huge six. The ball sailed way over the boundary and went outside the ground for a six which was measured at 104 meters.

Dhawan falls after scoring his 37th half century –

Indian captain Shikhar Dhawan was showing his class yet again as he scored his 2nd half century of the series. Dhawan scored 97 in the 1st game, and fell for 58 in the 3rd game before falling to Walsh caught by Pooran. The Indian captain was looking good during his innings.

Shubman Gill who scored 64 in the 1st game and 43 in the 2nd game was sedate in the start before finding his form. Gill scored his 2nd ODI fifty and was not out on 51 off 65 balls while Iyer was not out on 2 when rain came down with India’s scored 115/1.