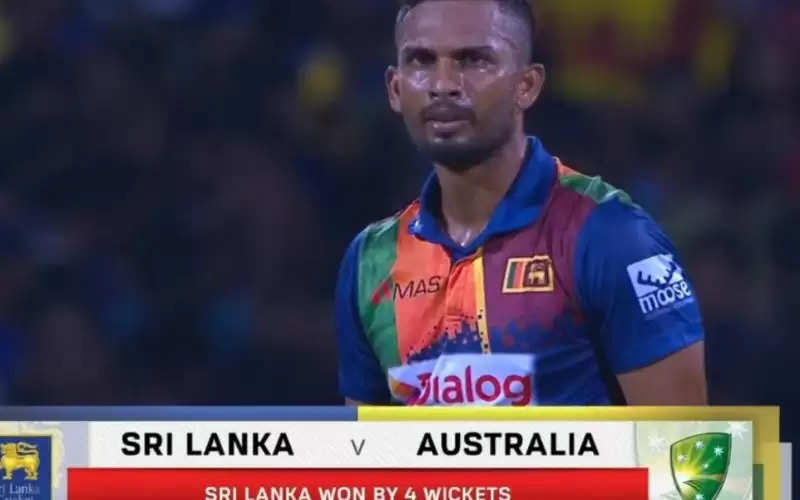 Sri Lanka cricket from the year 1996 to early 2010’s were one of the toughest teams in the world. Over the last few years the team has regressed a lot with plethora of big name retirements. The success seen by the island nation is so sparse that even a win brings out tremendous joy for the 1996 World Champs. Late Saturday night was one such example when Sri Lankan fans celebrated the win over Australia with all pomp and vigor.

The story as it happened  –

Sri Lanka white ball captain Dasun Shanaka is carving a niche for himself with his big hitting. The 30 year old on Saturday was again the savior for Sri Lanka as he scored 54 off 25 balls. The story begins with Sri Lanka needing 59 runs from 3 overs, with Josh Hazlewood bowling the 18th over after having given away just 3 runs from 3 overs.

Dasun Shanaka brings SL back into the game -

The 18th over saw Shanaka smack Hazlewood for 22 runs with 2 fours and 2 sixes. Shanaka’s hitting meant that the equation was now 37 runs off 12 balls. Finch threw the ball to Jhye Richardson, and the very first ball of the 19th over was drilled for a six. Chamika Karunaratne smacked the 3rd ball for four, while the 5th ball was hit for another 4 and the over saw 18 runs scored. The last over was bowled by Kane Richardson with SL needing 19.

The first 2 balls of the last over showed that the pressure was on Australia as Kane Richardson bowled 2 wide balls. This got the equation to 17 runs off 6 balls, the next two legal deliveries saw just 2 runs scored and the target was 15 off 4. The 3rd ball was carted for 4 by Shanaka and the next ball was again hit for 4, to make it 7 off 2. The tense faces in the crowd were smiling a few minutes later as Shanaka hit a huge six to make it 1 run off 1 ball and reach his half century off 25 balls. Richardson bowled a wide as the Sri Lankan dugout and fans screamed in delight after a much needed win.

Australia won the series 2-1 and now the focus shifts to the 5 match ODI series which begins on 14th June. the first 2 T20 games were won by Australia at Colombo, while the final T20 was at Pallekele which is also the venue for the first ODI’s. The final 3 ODI games will be played at Colombo and the 2 tests at Galle.