Watch! Star Sports give a special touch as Kohli breaks his century drought as twitter reacts 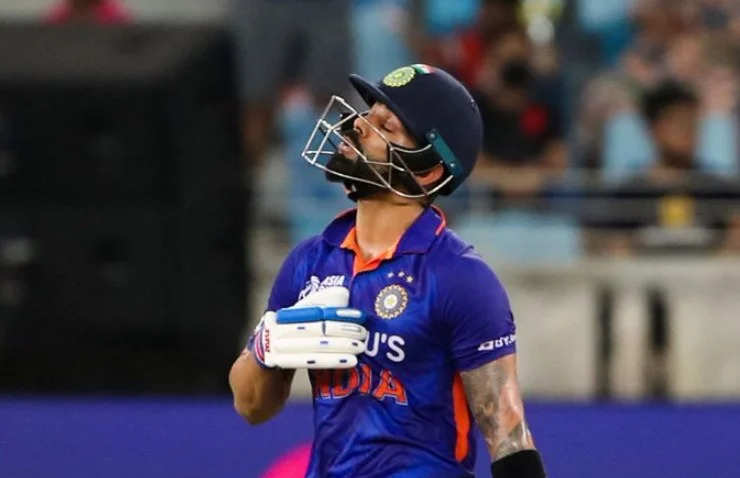 1020 is the number that every Indian fan was well versed with on Thursday. It’s the amount of days that Kohli has gone without scoring a century in international cricket. The despair and doubts were over as Kohli finally scored the century which was his 1st in international T20 cricket. Kohli, opening the innings stayed not out on 122 from 61 balls with 12 fours and 6 sixes to put the Afghanistan bowlers to the sword. The innings was vintage Kohli as he signaled he wasn’t done with the bat just yet.

When Kohli struck a huge six to move from 98 to 104, the crowd went into raptures. The wait was finally over, as Kohli finally scored his 71st ton. The former Indian captain had last scored a century in 2019, against Bangladesh during the first pink ball test for India. Once he completed his century he was all smiles and cheers and off came the helmet. Star Sports the official broadcaster for Asia Cup put up a short video encapsulating the previous struggles of Kohli. The finished it with a very famous song from the movie KGF as Kohli scored his ton.

Speaking about the game, India beat Afghanistan by 101 runs to end the tournament with some consolation. On Wednesday, Pakistan had beaten Afghanistan to reach the final of the Asia Cup against Sri Lanka. The meeting between India and Afghanistan was just a dead rubber. India thanks to the century by Kohli and half century by Rahul reached a massive 212 runs on the board. Bhuvneshwar Kumar who was under the cosh for his poor bowling in the last two games picked his 2nd five wicket haul in T20 cricket. Bowling alongside Deepak Chahar, the 32 year old swing bowler went unchanged as he grabbed career best 5/4. Kumar was later named the man of the match as Afghanistan finished on 111.

The touch from Star Sports and the ton by Kohli had the fans feeling a bit emotional, but former stars like Wasim Jaffer, Amit Mishra too had their say on the twitter. You can read all the tweets below.

The tension, pressure or whatever it is, it’s totally missing on Virat Kohli’s face and hence he is playing so freely and confidently. Scoring runs everywhere on the ground. GOAT! #IndvsAFG pic.twitter.com/sBHOYUrBi7

The wait is over, Virat Kohli completed his 71st International hundred. pic.twitter.com/hPRmxu7fxE

World Cricket are you ready because

Virat Kohli is back. pic.twitter.com/uZThHKLU2u