Watch! Steve Smith has a huge slice of luck on his way to a century 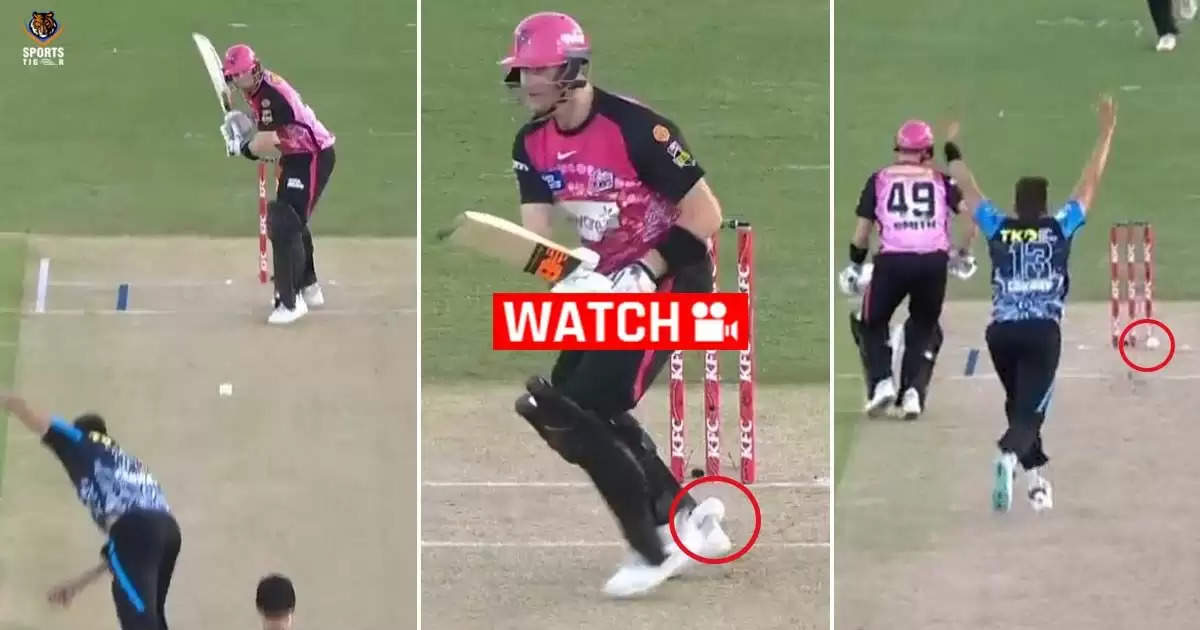 Sydney Sixers and Adelaide Strikers played each other on Tuesday at the International Sports Stadium at Coffs Harbour in New South Wales. The Sixers came into the team placed at number 1 in the table, while Adelaide Strikers were 4th in the table. After the win for Sydney Sixers they extended their lead at the top of the table. The home team saw an amazing century by Steve Smith and there was one huge talking point in the game.

Adelaide Strikers won the toss and chose to bowl first, a win for the visitors would have taken them to 3rd in the table. Strikers had the chance to go past Melbourne Renegades on net run rate. Sixers on the other hand needed a win to go past Perth Scorchers on points with 2 more games to go.

The incident in question happened in the 2nd over of the innings with Sydney Sixers having already lost a wicket. Harry Conway was bowling to Smith and the Australian batter got a huge inside edge. The bails though did not fall off despite the stumps getting illuminated and the bowler already celebrating with his arms up.

Josh Phillipe was out for 1 when he fell to Matthew Short. After the fall of the early wicket at 3, Steve Smith was joined by Kurtis Patterson and the pair added 149 runs for the 2nd wicket. The two batters went after the Strikers bowling as Patterson fell for 43 off 33 balls with 3 fours and a six. Smith went on his merry and scored an amazing ton to fall for 101 off 56 balls with 5 fours and 7 sixes as the Sixers reached 203.