Watch! Steve Smith scores 16 runs off one ball during BBL game versus Hobart 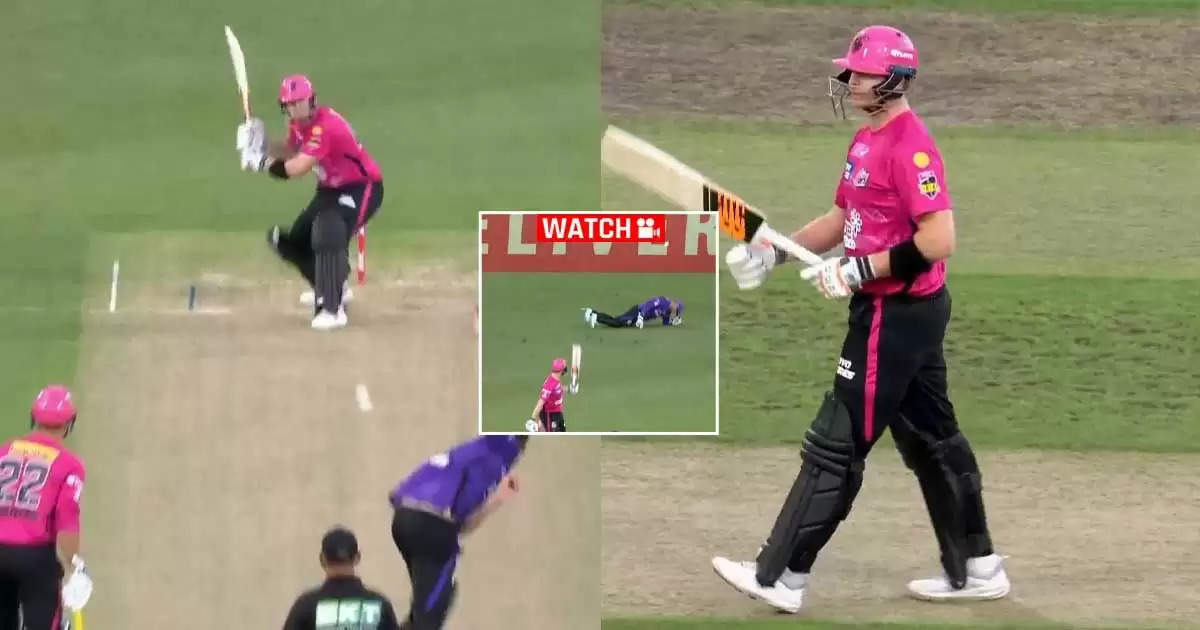 Steve Smith is regarded as one of the greatest batters of this generation alongside Kane Williamson and Joe Root. The three have taken batting on to a different level over the last few years. Smith in particular has been a constant thorn under the flesh of many teams and their bowlers. His unusual batting style has yielded a lot of runs for Australia over the last decade or so. The ongoing season of Big Bash League has taken the league by storm with his amazing batting talents.

Sydney Sixers and Hobart Hurricanes faced each other in a key game at the Bellerive Oval on Monday. The incident in question happened in the 2nd over with Smith smashing Paris for a huge six. The ball was called a no ball and there was a free hit coming up for the batters to feast on.

The very next ball was a wide delivery down the leg side which went for 4 wides to make it 12 runs off 1 ball. Since it wasn’t a legal delivery, the free hit stayed and Smith made the most of it by hitting it for a boundary to make it whopping 16 runs off 1 ball.

Steve Smith has already scored 2 centuries in the Big Bash League and was again amongst the runs on Monday. Smith scored 66 off just 33 balls in a knock which had 4 fours and 6 sixes. The most amazing fact about his current form is that, Steve Smith has taken the challenge of opening the innings and given the Australian selectors options for the role. Riding on the 66 by Smith, the Sixes team managed to reach 180 on the board. Ben Dwarshius was the next best batter with 30 as skipper Moises Henriques scored 30.

Sixers bowlers put one past the home team –

Chasing 181 to win, Zak Crawley top scored with 49 while Tim David with 24 and Nathan Ellis with 20 were the other contributors. Jackson Bird, Sean Abbott and Hayden Kerr took 2 wickets each. Hobart could only reach 156 on the board as Sixers ran out winners by 24 runs. On the back of this win, Sixers solidified their 2nd pace status in the BBL points table.