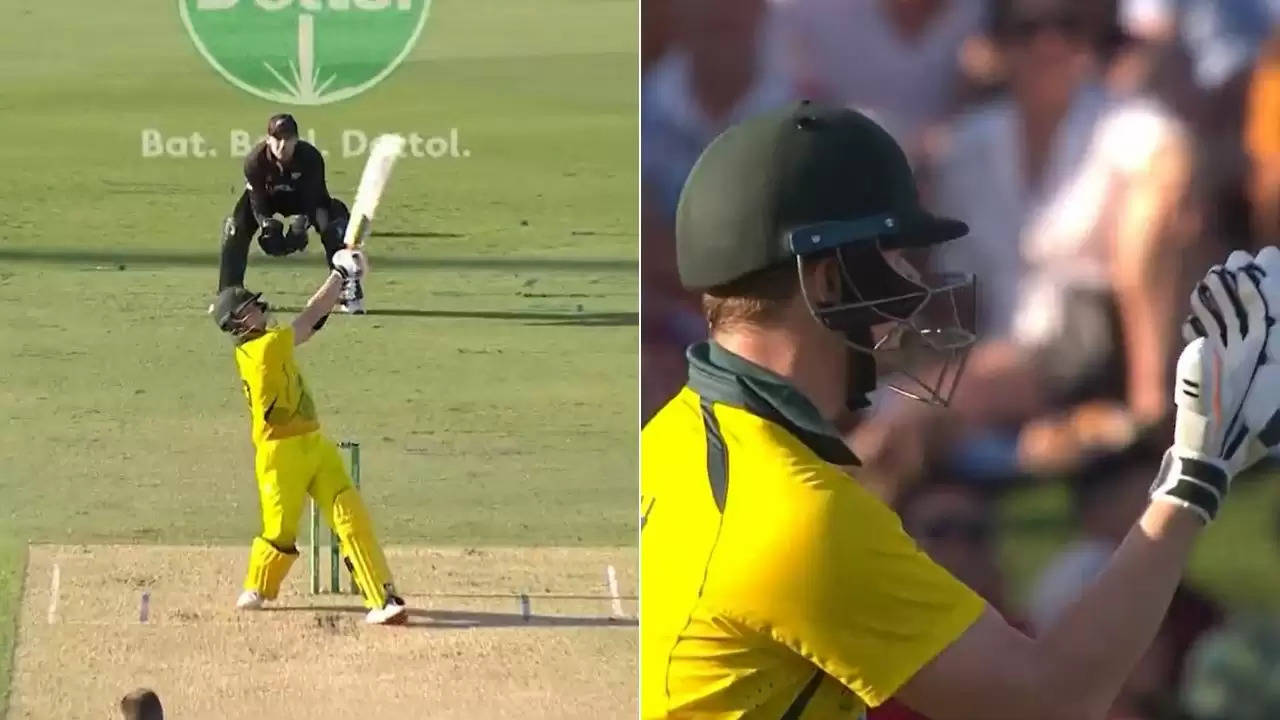 It was a somber day for many Australian cricket fans as Aaron Finch was playing his final ODI. The 35 year old white ball skipper had made his intentions to retire from the 50 over format before the final ODI on Sunday. Finch had been under tremendous pressure after his continued run of poor form with the bat.

Australia batting first came into bat with Inglis and Finch walking out to open for the last time. The Kiwis huddled near the boundary rope as they gave Finch a guard of honor. Finch playing his 146th game has been leading the Australian side with great distinction for the last few years.

The incident in question happened during the 38th over of the innings, with Steve Smith facing off against Jimmy Neesham. Smith was batting on 75 when he smashed Neesham for a six over the leg side boundary. Smith started signaling for a free hit by twirling his fingers. That’s when it came to light that the fielders inside the circle were less showing great game awareness.

Aaron Finch ends his ODI career with yet another failure –

Josh Inglis came out to open with Finch as Warner was ruled out of the game due to injury. Boult had Inglis out for 10 when he was caught by Latham. It was the turn of Southee next as he had Finch out bowled for 5. Finch left the field to massive applause, but deep down he would have wanted to finish on a high.

Smith and Labuschagne restore the innings –

Steve Smith was joined by Marnus Labuschagne and the duo were quick off the blocks to restore the bad start. The pair added 118 runs for the 3rd wicket with both the batters running well between the wickets. They also were harsh on any bad ball that came their way. The stand was broken when Ferguson had Labuschagne out for 52 off 78 balls caught by Boult.

Once Labuschagne was out, it was Steve Smith who took the batting to greater lengths as he started to accelerate. Smith scored his 12th ODI ton for Australia as he was given support by Carey. Smith scored 105 off 131 balls with 11 fours and the six off Neesham. Carey scored 42 not out from 43 balls with 3 fours, while Cameron Green scored 12 ball 25 with 2 fours and 2 sixes to help Australia reach 267 on the board.