Watch! Surya Kumar Yadav plays an outrageous shot to get off the mark but fans slam him on Twitter 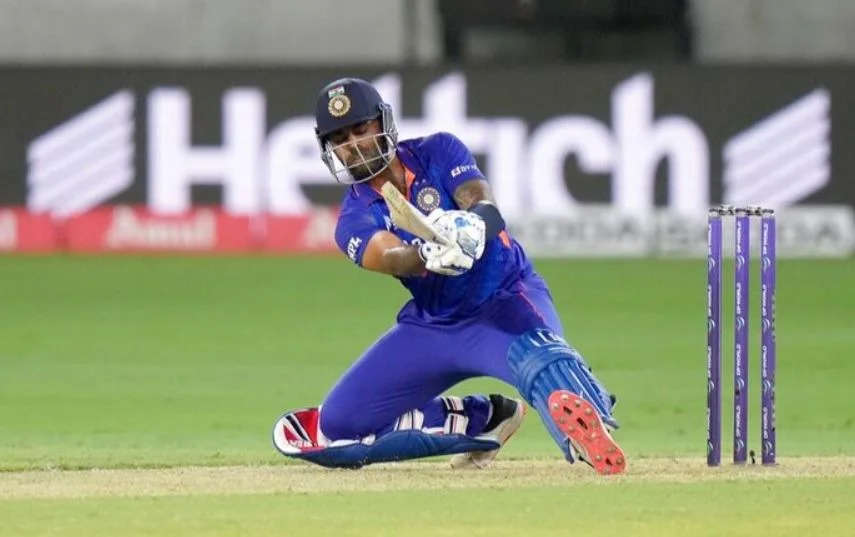 Indian cricket team’s journey at the Asia Cup 2022 came to an end, despite their huge win over Afghanistan. Team India on Thursday, swatted aside the Afghan challenge by 101 runs to end the tournament on a high. India the twice champions had lost their first 2 super 4 games against Pakistan and Sri Lanka. When Afghanistan lost to Pakistan on Wednesday, it not only signaled the end of their journey, but also for India. As the fans watched the game on Thursday which was a dead rubber, they weren’t impressed with one player in particular.

SKY takes off in style –

Surya Kumar Yadav walked into bat at number 3 after the fall of KL Rahul. Indian openers, Rahul and Kohli had added 119 for the first wicket. Rahul was the captain of the side in place of Rohit who had taken rest for the game. The first ball SKY faced he flick clipped Fareed for a six. What made this shot more special was that he wasn’t even looking at the ball when he hit for a six. It was a flick of nonchalance to get off the mark which had even the commentators in awe. This also broke the fridge in the Afghanistan dug out as players scurried for cover.

The six by SKY was the only highlight as he was out the very next ball, when he chopped Fareed’s harmless looking ball back onto his stumps. Even Kohli who had praised and looked shocked the previous ball was left stunned. SKY who had been in good form during the England and West Indies series, has seen runs dry up during this tournament. Yadav scored 139 runs from the 5 games India played during the Asia Cup 2022 tournament. His best score of 68 game against Hong Kong last week, but he scored 13 against Pakistan and 34 vs Sri Lanka during the Super 4 stage.

The Indian cricket fans were upset at the inconsistency shown by SKY who has been touted as the best 360 degree player in the world. The 31 year old was slammed by the fans on Twitter and you can read all the fans below.

No disrespect for Hong Kong but nothing much to show for Suryakumar Yadav against the better sides in this Asia Cup. Should be disappointed.