Watch! Tom Latham gets a beauty of delivery from James Anderson to become his 650th test victim 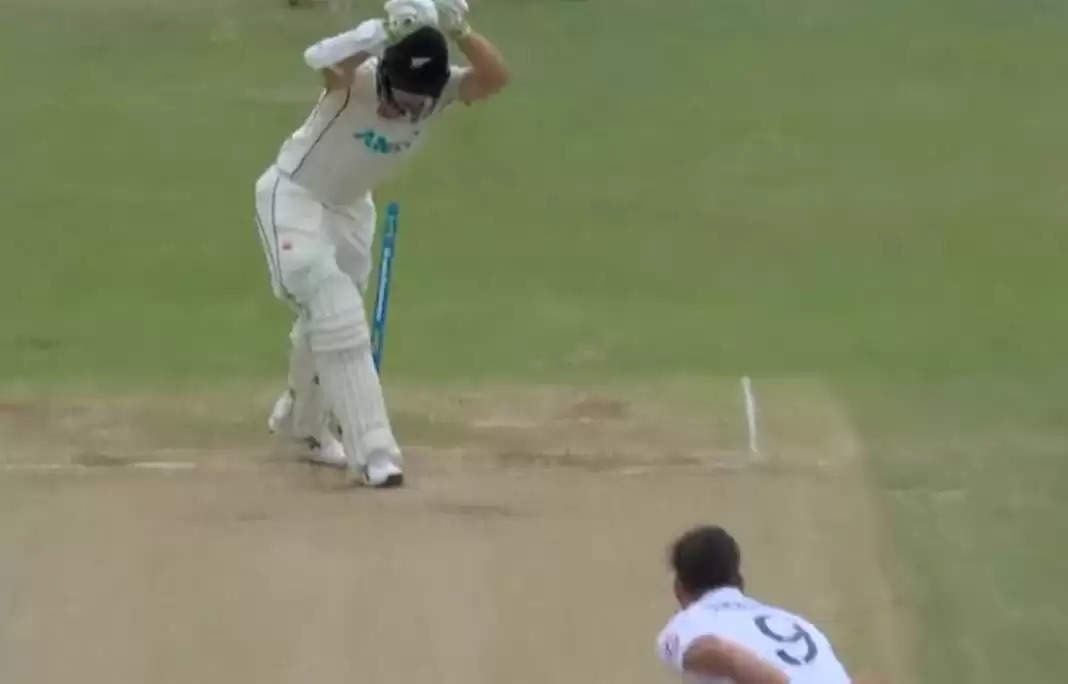 The name James Anderson is an eternal as the man from Burnley doesn’t seem to know what ageing is. The 39 year old is well into his 19th year in test cricket and he still is making the opposition batsmen hop, twist and jump and look clueless when facing Anderson. Playing his 171st test match, the soon to be 40 year old has reached a milestone that may never be broken by a fast bowler. Anderson became the only placer bowler in the history of the game to reach the 650 test wicket mark.

James Anders gets Latham with a beauty –

New Zealand came into bat in the 2nd innings armed with a lead of 14 runs and still a day and half to go. Tom Latham the captain came out to bat with Will Young and looked to pile on the runs. The 5th ball of the 1st from Anderson, in the 2nd innings saw Latham leave a delivery which seemed like going away from the batsman. The ball though held its line and castled Latham who was shouldering arms to the ball. This was Anderson’s 650th test wicket, as he is just 58 wickets behind Shane Warne at 2nd place with 708. Form and fitness permitting, the 700 mark could also be breached by Anderson.

650th Test wicket for James Anderson. One of the greatest of all time, what a bowler! pic.twitter.com/dz06EOUjIF

After the early loss of Latham, Young and Conway steadied the ship with a stand of 100 for the 2nd wicket. Both played circumspect cricket, but did not let the bad balls away. The stand was broken by Leach when he had Conway caught by Bairstow for 52 off 109 balls with 8 fours. 11 runs later Henry Nicholls was out for 3 when he was caught by Lees off Potts. Will Young was run out for 56 against the run of play to have the visitors at 131 for 4 with a lead of 145. That’s when Blundell and Mitchell for a 3rd time pulled kiwis out of trouble with a 45 run stand. At the time of writing New Zealand were 195 for 5 with a lead of 209, as Mitchell was 23 not out and Bracewell 16 not out.