Watch! Twitter compares Finn Allen to KL Rahul after he falls for a duck 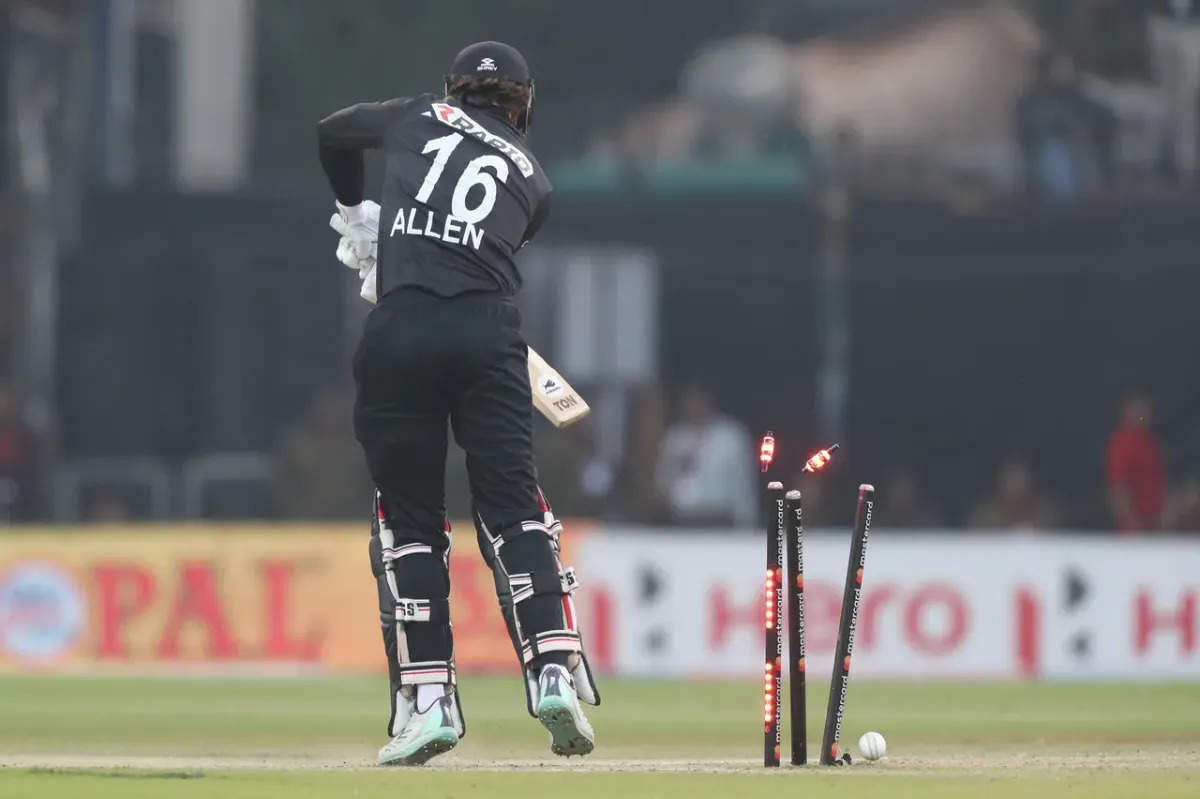 India and New Zealand rounded off their short 3 match ODI series with the final game on Tuesday at Indore. The ground in Madhya Pradesh is known to be a batting beauty and it lived up to its reputation. On the back of twin centuries by Rohit Sharma and Shubman Gill, the Indian team scored a massive 386 on the board. It was a happy return to century hitting for Rohit Sharma as he scored his 30th ODI ton after nearly 3 years.

New Zealand won the toss and chose to bowl first, to make use of the conditions under lights while chasing. India made two changes as Shami and Siraj made way for Chahal and Umran Malik. The kiwis made one change with Henry Shipley making way for Jacob Duffy.

Young Kiwi opener, Finn Allen is known to be an attacking batter with the ability to take on the opposition. Chasing 387 to win, Hardik Pandya was the bowler who took the new ball to bowl to Allen. The first ball was seen without any damage, but the very next ball, Allen chopped one back onto his stumps to be out for a 2nd ball duck.

This form of dismissal is pretty common to the Indian fans courtesy of KL Rahul. The 30 year old recently got married to long time girlfriend Athiya Shetty, with the fans calling it a wedding gift. The Indian team were happy at the early fall of wicket which gave them a good start.

Devon Conway keeps the visitors in the hunt –

Fellow opener, Devon Conway though kept the scoreboard ticking as he played a classy knock. The left hander got to his ODI century in mere 71 balls as none of the Indian bowlers had a clue on how to bowl to him. Conway bought up his 3rd ODI century in style when he smashed Chahal for a huge six to keep the visitors interested in an attempt for record chase.

The Indian cricket fans took to Twitter and had their say on the fall of Finn Allen and you can read all the tweets below.