Watch! Twitter in splits as Bangladeshi’s throw hits the umpire 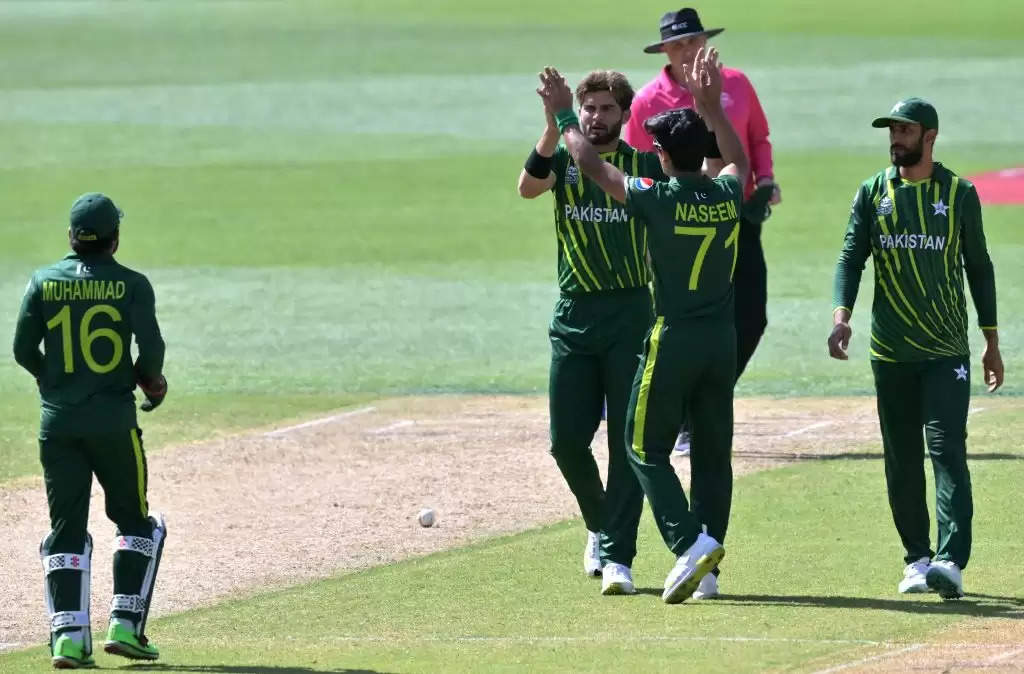 Pakistan on Sunday were given a huge lifeline when they saw Netherlands beat South Africa by 13 runs. This meant that India had qualified for the Semi Finals even before they could play Zimbabwe. It also meant that the fate to make it to the Semi Finals was in the hands of both Bangladesh and Pakistan. The duo did not have to depend on other results to make it to the final 4 of the ICC 2022 T20 World Cup.

Pakistan began the ICC 2022 T20 world cup in Australia with 2 back to back losses to India and Zimbawe. This put them on the verge of exit after 2 games, but the men in green beat Netherlands to claim their 1st points. This was followed by a lucky win over South Africa at SCG. The loss to the Dutch knocked South Africa out of the tournament.

Pakistan needed 5 runs to win from 16 balls left as Shan Masood was facing off against Mustafizur Rahman. The left arm seamer bowled a inch perfect yorker which was dug out by Masood. The ball was picked up and thrown towards the non strikers end as it struck the umpire Joel Wilson. The umpire could only put up a brave smile as he was struck by the ball.

The Bangladeshi team did not have anything going for them as shoddy umpiring struck yet again. This time Shakib was at the end of both the incidents, first he was wrongly given out while facing off against Shadab Khan.

Then the umpires did not give LBW towards the way of Bangaldeshi bowlers under the same circumstance and rules to anger Shakib AL Hasan. The 35 year old cut a frustrated figure as bad umpiring and bad officiating cost Bangladesh a place in the final 4.

Pakistan on the other hand were the happier bunch as Shaheen Afridi found form to pick 4/22 with the ball. This helped Pakistan to restrict Bangladesh to mere 127 after Shakib won the toss and chose to bat first on a sunny day at the Adelaide Oval.

The throw hitting Joel Wilson bought various reactions on Twitter by cricket fans and you can read all the tweets from fans below.


Lost to India, Lost to Zimbabwe, India lost to SA, Beat the unbeaten SA, 3 Sundays, 3 different qualification scenarios... What a bumpy ride for Pakistan to the qualification!#PAKvsBAN


Pakistan is now on the top of table,
inject this into my veins💉💉💉💉 pic.twitter.com/0tABlPdl3x


The world thought we are "done & dusted" but "Qudrat ka Nizaam" had other plans for Pakistan.


Most undeserving team to qualify
-lost vs Zimbabwe
-begged other teams
-cheated
Pakistan is not even in the top 6 best teams in this world cup pic.twitter.com/DgKHdtgp2t