Watch! Twitter reacts angrily to KL Rahul walking off without taking a review 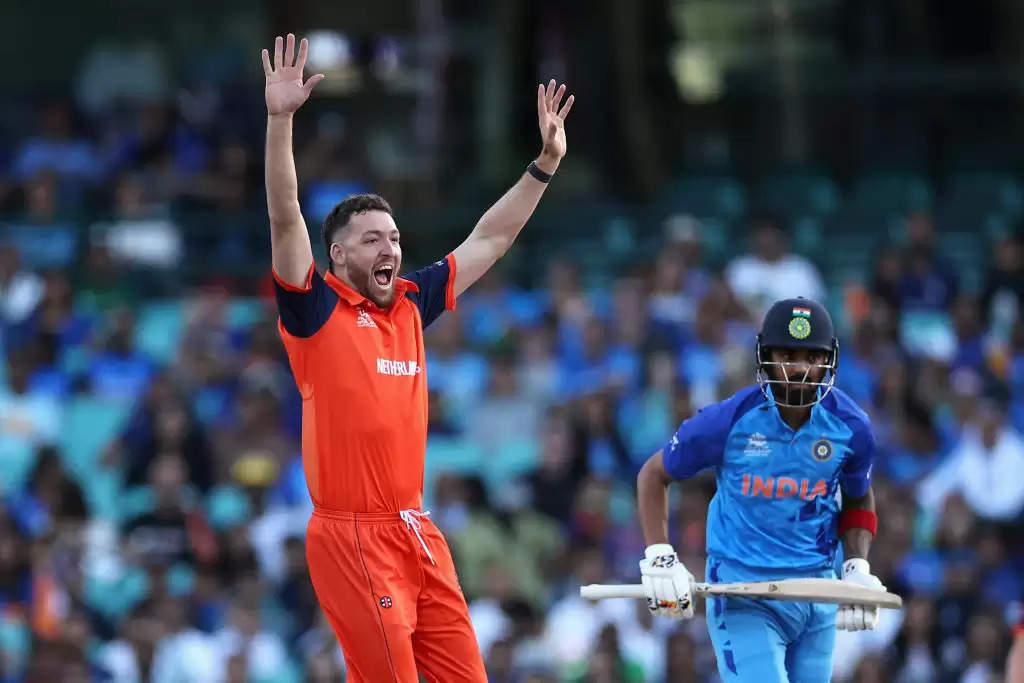 India and Netherlands locked horns as they played their 2nd respective matches of the Super 12 stage. This is the first time India and Netherlands are playing each other in the T20I format. Indian team was looking to keep their momentum after their win over Pakistan. For Netherlands they were looking to upset the apple cart by becoming the giant killers by possibly taking the Indian scalp. It was a beautiful day at Sydney as evening twilight welcomed the jam packed stadium with the Indian fans thronging it.

India won the toss and chose to bat first and made no changes to the team that played against Pakistan on Sunday. The Indian fans were hoping for a good start from the Indian openers and hoping to see them fire and come back to form.

India came out to open with their trusted pair in captain Rohit Sharma and KL Rahul the vice-captain. Rahul was out cheaply in the game on Sunday when he chopped the ball back onto his stumps. Rahul began with a confident drive for four to perhaps show his early form.

The innings was nipped in the bud when Rahul missed the line of the ball by Paul Van Meekren to be given out LBW. The vice-captain asked his captain for a DRS but to everyone’s shock he went back to the pavilion. The fans were shocked at DRS not being taken as many felt it was missing the stumps and going down the leg side as Rahul fell for just 9 off 12 balls.

Captain Rohit Sharma looked a bit scrappy with the bat as he found the going get tough early. Once the wicket of Rahul fell, Kohli and Rohit added 73 for the 2nd wicket. Rohit scored yet another half century for India as he fell for 53 while going for a big hit. Rohit hit 4 fours and 3 sixes in his innings.

Kohli scores yet another unbeaten half century-

Fresh from his heroics on Sunday, the SCG crowd wanted to see a prime Kohli in action. The crowd wasn’t left sad as Kohli scored 62 not out off 44 balls with 3 fours and 2 sixes. This was his 2nd consecutive 50 off the tournament and both came unbeaten. Kohli and SKY added unbroken 95 runs for the 3rd wicket to help India score 179/2.

India were looking for some quick runs post the fall of Rohit Sharma. That’s when Surya Kumar Yadav came in and played his brand of cricket. He scored the 4th fastest 50 by an Indian batter with 51 off 25 balls. SKY hit 7 fours and a six in his innings with the six coming off the last ball of the Indian innings to reach his 50.

Indian fans weren’t happy with Rohit Sharma’s indecision regarding the DRS and the fall of KL Rahul. The fans took to twitter and you can read all the reactions in the tweets below.

KL Rahul no longer believed in his own batting🥲#INDvsNED

Use the review when you've got an option #KLRahul #INDvsNED