Watch! Twitter reacts to Tom Latham’s luck running out after back to back DRS appeals 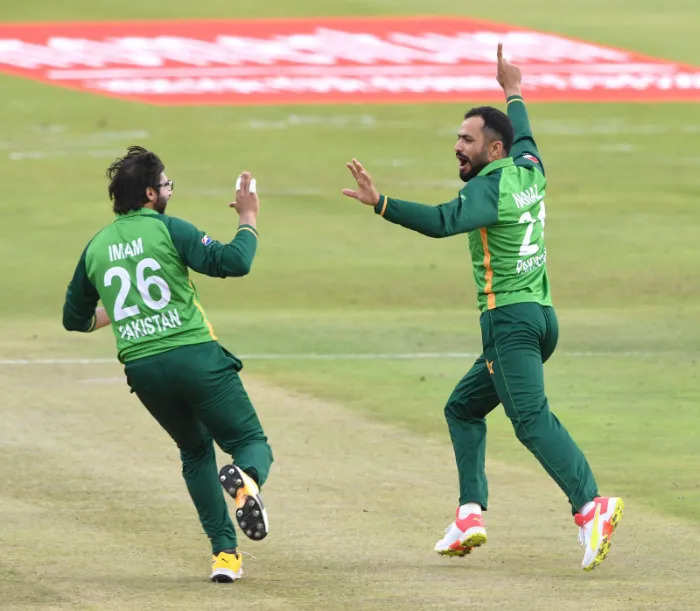 New Zealand and Pakistan played the 2nd of 3 ODI games with all the matches being played at Karachi. Pakistan came into the game after winning the first game with ease. Naseem Shah and strong showing by the Pakistan batters had helped them to chase down the target with ease. It is a crucial series for Kane Williamson and his men with the 2023 ICC Cricket World Cup later this year.

New Zealand won the toss and chose to bat first as they made one change to their team. Ish Sodhi came in for Henry Shipley. The home team on the other hand went in with the same team.

The incident happened in the 34th innings of the Kiwi innings. Tom Latham went for a sweep of Mohammad Nawaz and was struck on the pads. The umpire decided to give it not out, as the home team went up for the DRS. The decision came back as not out as it was umpire’s call on the ball tracker.

Nawaz then got one ball to turn in sharply as Latham went back to cut the ball, as Mohammad Rizwan went up for a huge appeal. Babar Azam was reluctant to take the DRS but did so in the last moment. In what turned out to be a great review, it was 3 reds for Tom Latham as he was out LBW for 2.

Devon Conway century leads the way for the Kiwis –

Naseem Shah who had picked 5 wickets in the previous game, got the wicket of Finn Allen early for 1. Conway and Williamson then added 181 runs for the 2nd wicket with Conway scoring 92 ball 101 with 13 fours and 1 six. Williamson chipped in with 85 off 100 balls with 10 fours in his innings.

None of the other Kiwi batters, barring Mitchell Santner with 37 could get into double figures. Mohammad Nawaz was the main wicket taker with 4/38 from his 10 overs, as Naseem Shah picked 3 wickets. New Zealand were bowled out for 261 with a ball to go in their 50 overs.

Cricket fans took to Twitter to have their say on the Tom Latham dismissal and you can read all the tweets below.

Original Call: Not Out
Following the review, the call was revised to 'Out', and Tom Latham was sent on his way.

Nawaz was out of syllabus for Latham

What an over by Nawaz. Gets Darryl Mitchell. Got denied Latham's wicket through a bizarre umpire's call. Get his wicket a ball later as well. Top stuff 👏 pic.twitter.com/WAVUGruCAz

What an over by Nawaz. Gets Darryl Mitchell. Got denied Latham's wicket through a bizarre umpire's call. Get his wicket a ball later as well. Top stuff. pic.twitter.com/2sWqeya9Vk