Watch! Twitter reacts to the mid pitch collision between the Sri Lankan batters 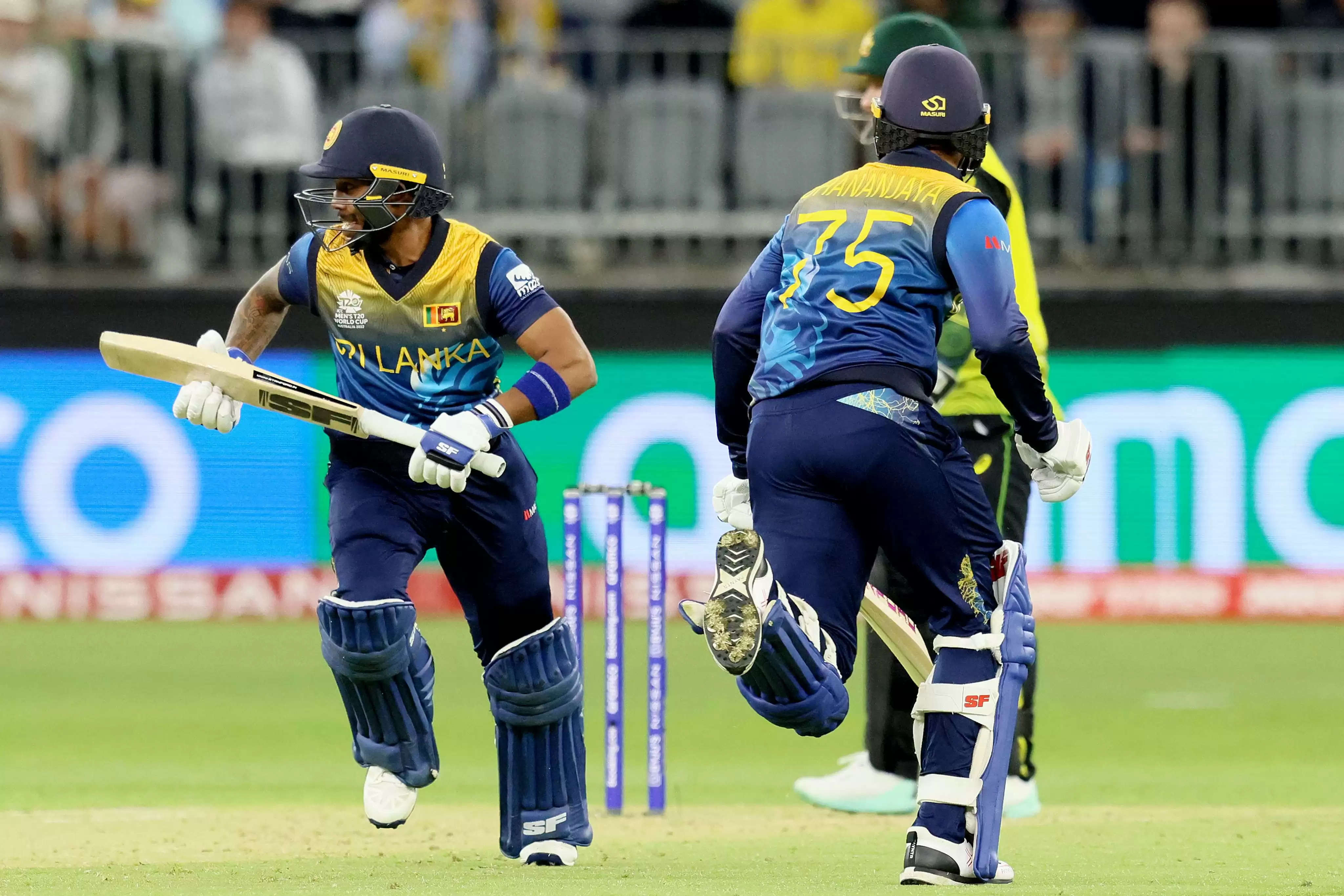 It was a crucial day for two teams namely – England and Australia for a place in the semi finals. The match on Saturday saw England and Sri Lanka lock horns at the amazing Sydney Cricket Ground. The match held no relevance for Sri Lanka as they were knocked out of the tournament yesterday after Australia beat Afghanistan. England on the other hand had a chance to make a qualification to the final 4 by just beating the Lankans.

Sri Lanka won the toss and chose to bat first as they made one change to their team with Chamika Karunaratne coming back to the side. The English on the other hand were looking more confident after beating table toppers New Zealand in their previous game to go 3rd in the table with 5 points.

Nissanka and Asalanka have a mid pitch collision –

Charith Asalanka and Pathum Nissanka were batting when the Asalanka cut the ball to the point region. Both the batters made a beeline to steal a quick run as Nissanka did the cardinal sin of watching the ball while running. The two had a massive collision just as the fielder threw the ball to Moeen Ali.

The off spinner missed the run out as he tried to flick the ball back onto the stumps but Asalanka had made his ground. Nissanka too had lost his bat and came off worse for the wear as the Sri Lankan medical team came to the ground to have a check.

England were tasked with a tricky chase of 142 against a decent Sri Lankan bowling attack. Hales and Buttler added a quickfire 75 for the 1st wicket in just 7.2 overs as the English skipper perished for 28. Hales at the other was at his attacking best scoring 47 off 30 balls.

Ben Stokes was sent up at number 3 and the left hander was not out on 42 off 36 balls with 2 fours. England suffered a mini collapse losing 4 wickets for 29 runs at 111/5 needing 31 runs from 33 balls. Dhananjaya De silva, Lahiru Kumar and Hasaranga picked 2 wickets each for the Lankans. The winning runs came when Chris Woakes hit the ball for a 4 to win the game for England.

The cricket fans took to Twitter to have their say on the collision and you can read all the tweets below.

Asalanka and Nissanka, a partnership I love to see. Run 'em ragged! #SLvENG

Asalanka and Nissanka, a partnership I love to see. Run 'em ragged! #SLvENG

Pathum Nissanka and Charith Asalanka hit each other & fell off while running between the wickets and England (Ben Stokes was the fielder)trying to run the batsman out.