Watch! Umesh Yadav makes an immediate impression on his debut for Middlesex 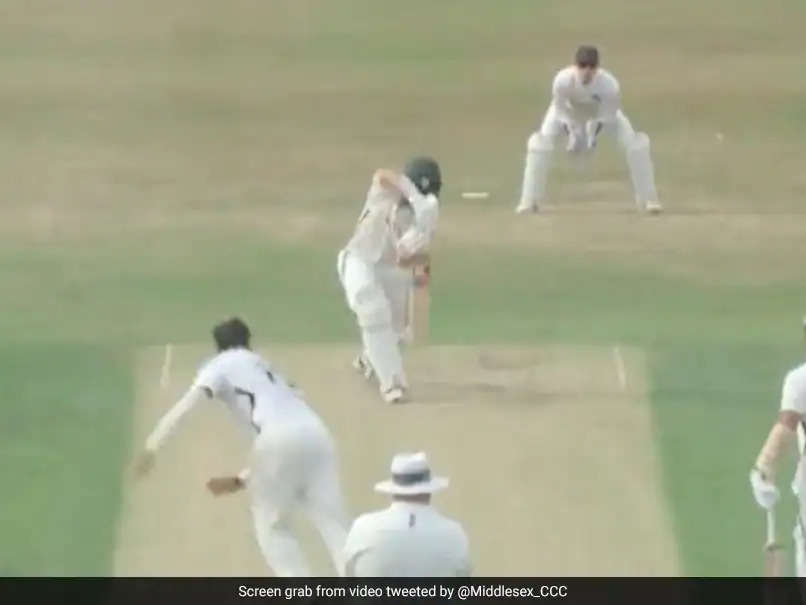 The Indian team led by Rohit Sharma is facing off against the English in a short white ball series. The Indian team has taken a 1-0 lead in the 3 match series with the 2nd ODI to be played on Thursday at Lords. While the men in blue are busy with their international commitments, their team mate is busy playing County Cricket. Umesh Yadav was part of the test squad which was played the final test at Edgbaston. Yadav did not make the playing XI and has inked a short deal with Middlesex.

Middlesex Batting first were bowled out for a mere 188 on the board with Luke Hollman scoring 62 and Tom Helm scoring 50. Umesh Yadav was out for a 3 ball duck falling to Joe Leach caught by Jack Haynes. With the ball, Yadav bowled 14 overs and picked the wicket of Taylor Cornall. The left hander saw his off stump take a walk as he was bowled through the gate. This was Umesh Yadav’s first wicket for Middlesex in county cricket.

More of the same to come throughout the summer 💪#OneMiddlesex pic.twitter.com/1RwCYAem7x

Umesh Yadav batting at number 10 showed his ability with the bat as he scored an unbeaten 44 off 41 balls. Yadav who has a domestic hundred in India was the 2nd highest scorer for the former county champions. Yadav’s innings had 5 fours and 2 massive sixes. Middlesex were all out for 240 with a lead of 237 as Luke Hollman top scored for a 2nd time in the game with 46.

Match heading for a tense finish –

Middlesex were bundled out for 188 after the Worcester bowlers had the Middlesex batters in a spot. Middlesex bowled out the opposition for a mere 191 to trail by mere 3 runs. Tim Murtagh picked 3 wickets while Toby Roland Jones picked 4 wickets along with Tom Hein picking 2 wickets. In the 2nd dig, led by former English opener Sam Robson, Middlesex were all out for 240. Chasing 238 to win, Worcester were 56 for none after 11 overs.