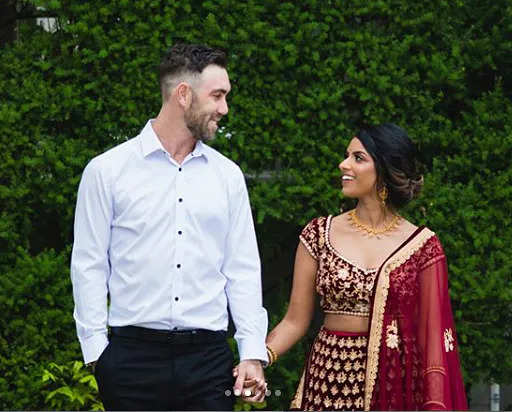 Royal Challengers Bangalore are team which is looking to shrug off the poor form with two losses in two games. First they lost to SRH over the weekend after getting bowled out for 68. On Tuesday the Bangalore team lost to 2008 IPL champs Rajasthan Royals going down by 29 runs. While RCB might be struggling on the field, off the field the players had a rare day off and were seen letting their hair down. The occasion was a wedding party for star Australian player Glenn Maxwell who tied the knot with Vini Raman. 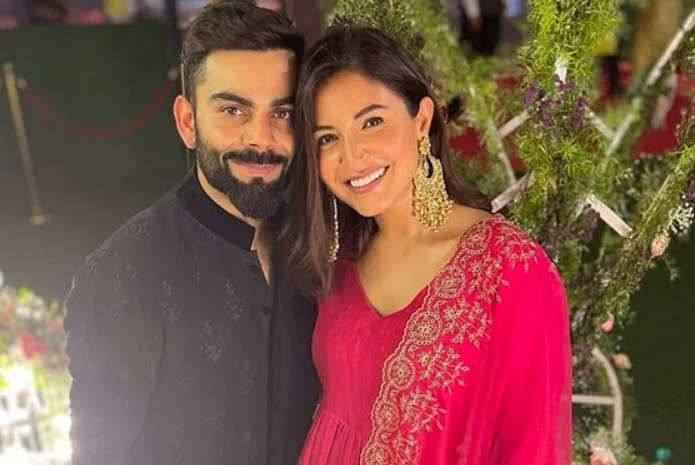 Glenn Maxwell entered the family life when he married Vini Raman on the 27th of March this year. This was just a day after the 2022 season of TATA IPL began, the Australian had missed the initial few games of IPL due to this reason. On Wednesday 27th April the newly wed couple had celebrated one month together and had thrown a lavish celebration as the non-stop cricket had kept Maxwell busy. Virat Kohli joined the celebration when he was seen shaking a leg to Oo Antava from the movie Pushpa. Kohli’s sudden shaking of the leg had New Zealander Finn Allen laughing.

The wedding celebration for Maxwell and Vini Raman was a star studded event as Virat Kohli was joined by his Bollywood Superstar wife Anushka Sharma. The actress posted a picture of herself with Kohli and wrote “Wedding function in a bubble! Now I think I’ve seen and celebrated possibly every festival and function in a bubble”. RCB’s Sri Lankan spinner Wanindu Hasaranga and West Indian Sherfane Rutherford too were seen in an Indian attire which was uploaded onto their Instagram handles. The entire scene seemed to be one where the players had taken their minds of the game and Kohli was totally at ease. The 33 year old has been in pressure due to not-scoring runs and his place now being questioned in both the Indian and RCB teams.

RCB next play against Table toppers Gujarat Titans on Saturday in the afternoon game before facing off against CSK on Wednesday, May 4th 2022. RCB have now played 9 games the most by any team with 5 wins and 4 losses and have 10 points. Win on Saturday will give them a chance to sneak into top 4 but will also have their eyes on the other teams and their results.