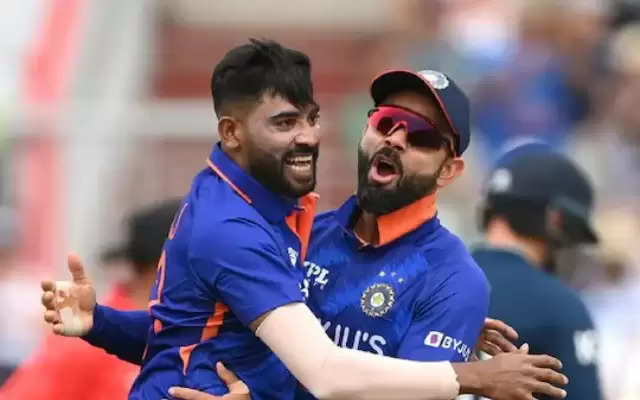 India on Sunday won the 3 match ODI series against England by a 2-1 margin to beat the world champions a home ODI series. This was the first loss in a bilateral series for England since 2014, incidentally India was the last team to achieve this feat. India won the game by 5 wickets with Rishabh Pant scoring his first ODI ton and Hardik Pandya scoring a handy 71. The timely contribution from the middle order apart, the Indian top order suffered yet another poor outing with the bat on Sunday.

Siraj Makes a terrific return to the ODI team –

India after winning the toss put England into bat, and made one change as Siraj came in for Bumrah. The 28 year old began by bowling the 2nd over of the day, as England had scored 12 runs of the first over from Shami. Jason Roy had taken Shami to the cleaners with 3 fours in the first over. Siraj got Bairstow out for a duck in the 3rd ball of the 2nd over caught by Shreyas Iyer and in the last ball of the same over got rid of Joe Root for a duck caught by Rohit Sharma in the slips.

Post the over ended, the cameras showed that Virat Kohli had gone up to Siraj to have a word with him. Siraj made his ODI and T20 debut when Virat Kohli was the captain and played a huge part in India’s win during the Lords test last year under Kohli. The former India skipper could be seen talking and giving pointers to Siraj as he was just about to bowl his first ball of the game.

The English tour is something Pandya will not want to forget in a while as he grown both with the bat and ball. Pandya first took career best 4 wicket haul with the ball, as he began by dismissing Roy for 41. He followed it up with the wicket of Stokes, caught and bowled for 27. In his 2nd spell, he twice damaged the English batting order during the 37th over. First he had Livingstone caught at the boundary by Jadeja, then he had the well set Buttler out for 60 to yet another Jadeja catch. With India struggling at 72 for 4, Pandya helped India stitch a 133 run stand with Pant for the 5th wicket.