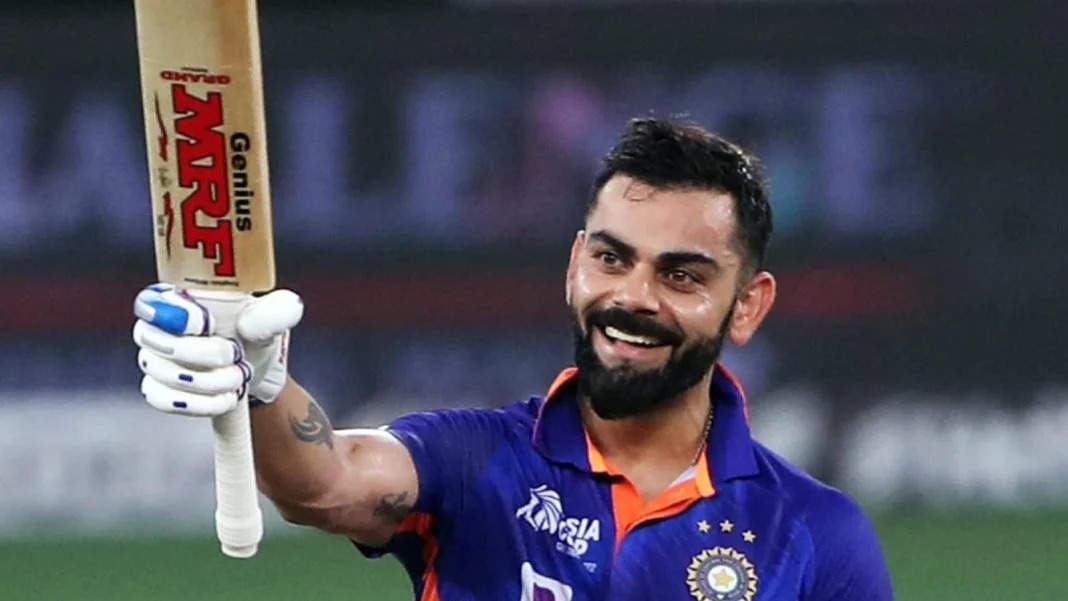 Indian Cricket fans were treated to an amazing display of batting as India stormed to 390 in the final ODI at Kerala on Sunday. On the back of centuries by Shubman Gill and Virat Kohli, the Indian team beat Sri Lanka by a huge margin. India won the game by 317 runs which is thew best ever by any team in ODI cricket. It was a game to remember for Virat Kohli and his fans as he scored his 46th ODI century.

After winning the series by winning the first 2 ODI games, India had not to gain during the final ODI. For Sri Lanka though they wanted to win the game and avoid the whitewash. Rohit Sharma, won the toss and elected to bat first with Sundar and Surya Kumar Yadav coming into the team. Sri Lanka too made two changes to their side.

Virat Kohli was batting well as he was taking the game to the Sri Lankan bowlers. During the final overs of the innings, Kohli hit Kasun Rajitha for a huge six which went for 97 meters. Kohli ended the shot with flourish like MS Dhoni making it look like the famous Helicopter Shot. After playing the shot, Kohli walked up to Iyer and said “Mahi Shot”

India’s perfect day with the bat –

Rohit Sharma and Shubman Gill added 95 in very quick time for the 1st wicket before Sharma was out for 42. Gill and Kohli then added 131 for the 2nd wicket with the 23 year old opener scoring 116 which was his 2nd ODI ton. Once Gill was out, Kohli upped the ante and went and scored his 46th ODI century. India ended with 390 on the board thanks to 166 not out off 110 balls.

Sri Lanka decimated by Siraj with the ball –

Aviskhka and Nuwanidu Fernando opened the batting, and Siraj accounted for both the players. Avishka was caught in slip for 1, Kusal Mendis then went when he was caught behind for 4. Nuwanidu then inside edged back into his stumps for 19 before Siraj went past the defenses of Hasaranga for 1. Kuldeep Yadav and Mohammad Shami picked 2 wickets. Sri Lanka were all out for 73 as India registered a huge win by 317 runs.