Watch! Virat Kohli tries to copy Joe Root by making his bat balance on its own 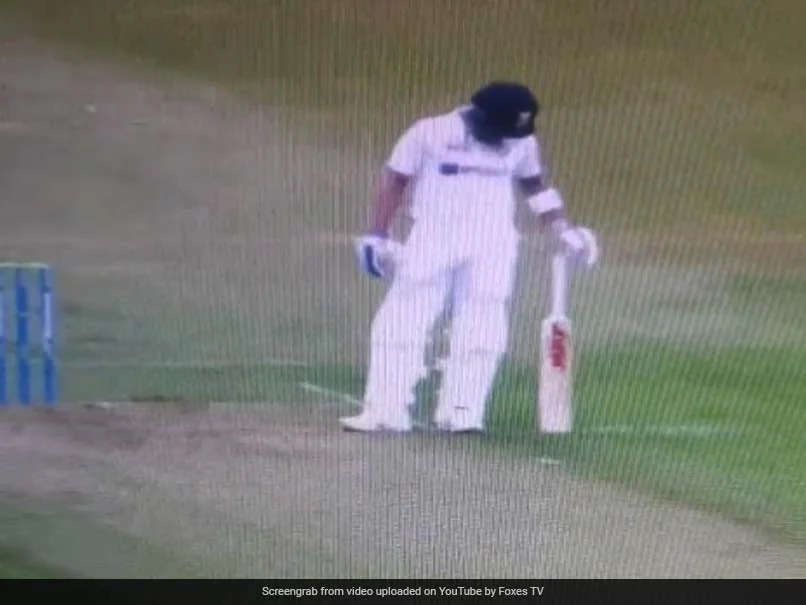 Indian cricket fans were happy to watch Virat Kohli back on the field after a break during the 4 day tour game. The Indian team is playing against Leicestershire at the Uptonsteel County Grounds. The game began on Thursday as Rohit Sharma gets his first test of red ball captaincy away from India. The match is for India to get ready for the sole test against England which begins on 1st July. The match is important for the likes of Rohit and Virat who have been woefully out of form with the bat.

Virat Kohli tries to do a Joe Root –

Joe Root has been in sensational form with the bat for the last year and a half. The 31 year old England batsman has overtaken the other 3 players in fab 4 of modern day batsmen. During the first test at Lord’s against New Zealand, the former England captain did something which took the fans by surprise. (watch it here - https://cricketcult.com/news/Watch!-Joe-Root%E2%80%99s-bat-holds-itself-upright-without-the/cid7758742.htm ) Virat Kohli tried to do the same trick that Joe Root did during the game at Lord’s. The former India skipper though did not manage to do it.

Virat Kohli walked into bat with the score reading 50 for 2, and played some delightful shots on his way to 33. He also played a ravishing pull off Krishna for a six into the crowd. Kohli was out just when he was looking to set when he was dismissed by Roman Walker.

Virat Kohli has been woefully short of form with the bat and has seen a dip in his averages. His last test ton was the 136 against Bangladesh in November 2019 at Kolkata during the first ever pink ball test for India. Last summer too Kohli was again found short of form during the first four tests against England. He was found wanting against Anderson and Robinson outside the off stump where he was caught fishing time and again.