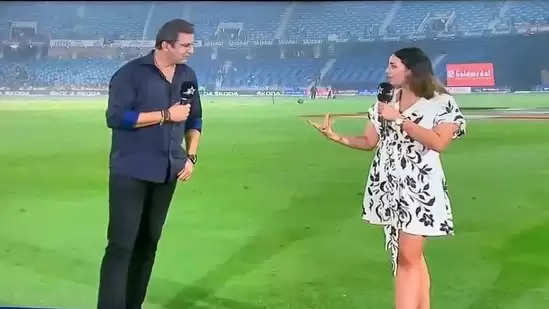 Sri Lanka on Sunday stormed to the podium as they lifted the 2022 Asia Cup for a 6th time. The Lankans beat Pakistan in the final by winning the game by 23 runs. This was despite their bad start to the tournament where they lost by a huge margin to Afghanistan. The spirit showed by the Lankans was praised by one and all across the cricketing world. One person though seemed to be tad displeased and it was none other than former skipper Wasim Akram.

Once the game was done, Akram was all in praise for the Lankan’s brand of cricket. The former left arm pacer had termed Pakistan as the favorites before the game could begin. Post the game Langer while hosting the show for Star Sports India asked him “Wasim, I can understand the thoughts that are going through your head. A team that everyone had counted out of this Asia Cup, had been written off has just had a dream run to take the cup…”. Even before the question could be completed Akram cut her off and said “Nothing is going through my head, Sri Lanka are the worthy champions because of the way they played today, the way they played against Pakistan the other. The only problem I had with Pakistan, was the intent”

Pakistani team and its fans despondent after the loss –

The 23 run loss on Sunday was a bitter pill to swallow for the men in green and its fans. Pakistan began the campaign with a loss to India, before beating Hong Kong by a massive margin. Pakistan then beat both India and Afghanistan in the Super 4 stage to knock their two neighbors out of the tournament. In their last Super 4 game they lost to eventual champions Sri Lanka before the huge loss on Friday. Many fans couldn’t control their tears as they were making their way out of the ground.

PCB chief and former skipper Ramiz Raja too was in the eye of the storm after he was seen rudely speaking to an Indian journalist. Raja when asked to give a comment for Pakistani fans back home, sarcastically remarked that Indian fans would be happy with the outcome. The whole exchange happened in front of cameras which later made headlines.