Watch! Yuzvendra Chahal caught fooling around with the umpires 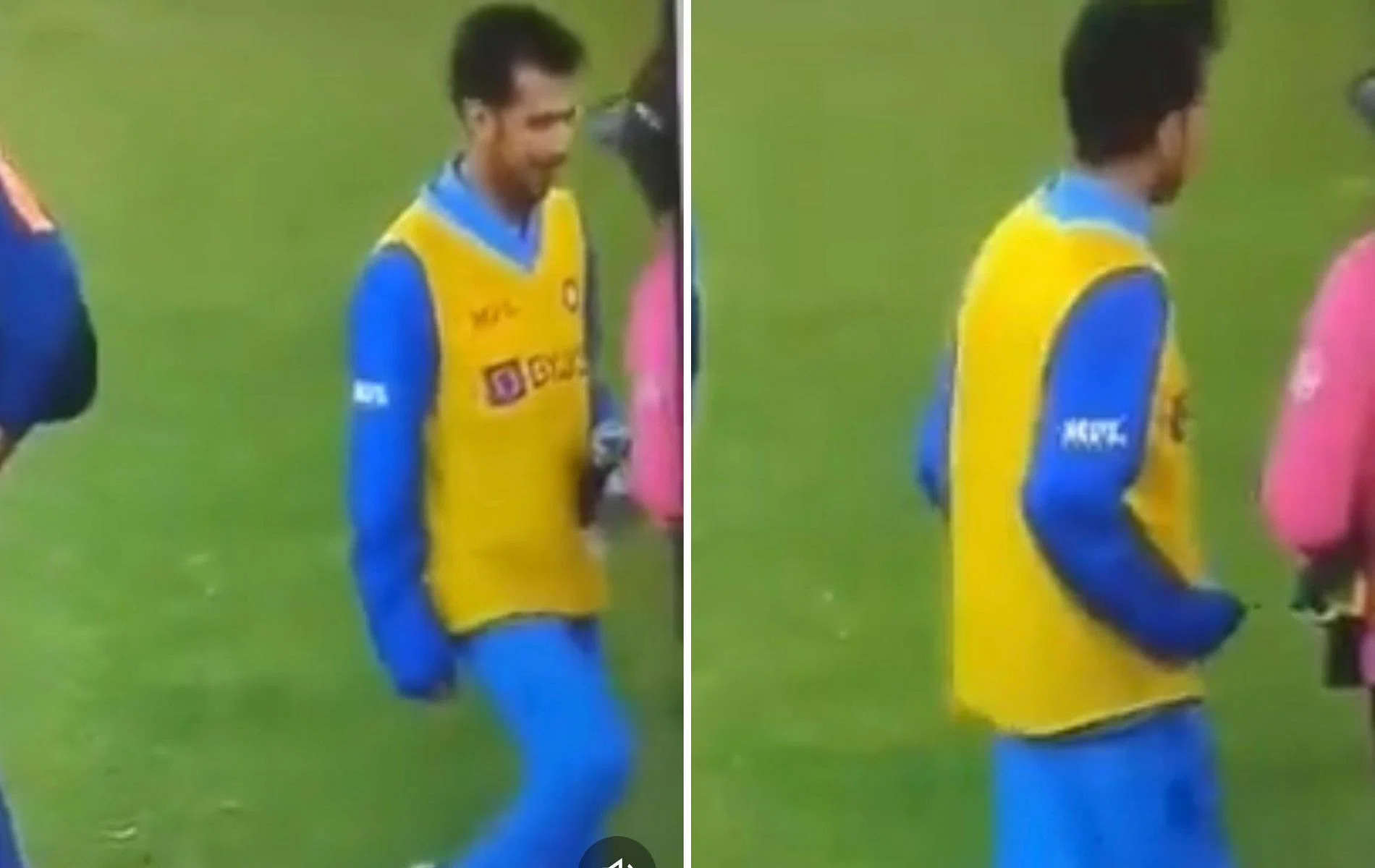 Indian cricket is filled with characters on and off the field as the players have their distinctive ways of playing. Yuzvendra Chahal is one such player who is known to be a complete character on and off the field. The Indian leg spinner is a known face in the social media. His hilarious antics on the social media platform leaves everyone entertained. Chahal is on the sidelines and is yet to play a game for India during the ongoing 2022 T20 World Cup.

Yuzvendra Chahal had found playing time hard to come by as he has been relegated to the bench role for the Indian team during the ongoing T20 World Cup. The lanky leg spinner last played for India during the warm up game against Australia where he picked the wicket of Steve Smith.

Chahal turns prankster with the umpire -

Chahal was carrying the drinks on Sunday as India and South Africa faced each other. The leg spinner was caught by the cameras playing with the on field umpires. He first feigned a kick to the umpire to elicit laughs. This followed by a swift threat of a kick gaining more laughter. The seven second video has now gone viral and has become a social media sensation.

India has two more games to play during the 2022 T20 World Cup. The Indian team plays Bangladesh next on Wednesday at the Adelaide oval. The final game of the super 12 stage will be against Zimbabwe at Melbourne Cricket Ground on Sunday. India need just one win to make it to the semi finals stages of the tournament.