West Indies tour 2022! Did Virat Kohli himself skip the tour? 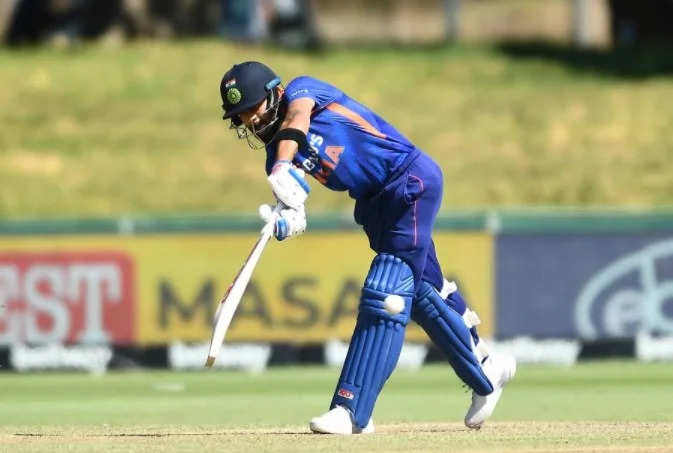 Indian cricket team is scheduled to play back to back as they are set to embark on various tours. Post the England series, the men in blue fly down to West Indies and then followed by a series against Zimbabwe. The team for West Indies has been recently announced and Shikhar Dhawan has been named as the captain of the tour for the 3 match ODI series. It is expected that Rohit Sharma will be back to take over the team for the T20 series and the Asia Cup later in August.

The Indian team is set to play 3 ODI games and 5 T20 matches against West Indies post the England tour. The series starts on 22nd July with Shikhar Dhawan leading the ODI team. one of the names missing the squad is that of Virat Kohli. Even Rohit Sharma, Rishabh Pant and Bumrah have been rested.

Did Kohli himself ask for a rest from the BCCI?

After the BCCI named the squad, the sources revealed that Kohli has been rested for the series for workload management. This has baffled a lot of players as Kohli and Rohit have been slammed for taking constant breaks. Now there is a question doing the rounds if Kohli himself took the break because during the recent TATA IPL 2022 Kohli said “The amount of cricket that I have played, and the ups and downs and the toll that it takes on you to play three formats of the game plus the IPL for 10-11 years non-stop with the seven years of captaincy in between. So to take a break and when to take a break is obviously something that I need to take a call on, but it is only a healthy decision for anyone to take some time off and just rejuvenate yourself mentally and physically.”

Virat Kohli has himself asked for a break or rest for the T20I series against West Indies. And he has informed that he will be available for all series after the West Indies tour. (According to PTI)

All eyes on Kohli –

The Indian fans will have their eyes set on Kohli who is set to return for the final 2 T20 games and 3 match ODI series against England. Kohli last played a T20 game against West Indies earlier this year, where he scored a half century. The sources are indicating that Kohli’s performance in the final 2 T20 games will determine his future in the shortest format of the game. The source has termed it Do or Die for Kohli as his T20 future hangs in the balance with the World T20 just over 3 months away.