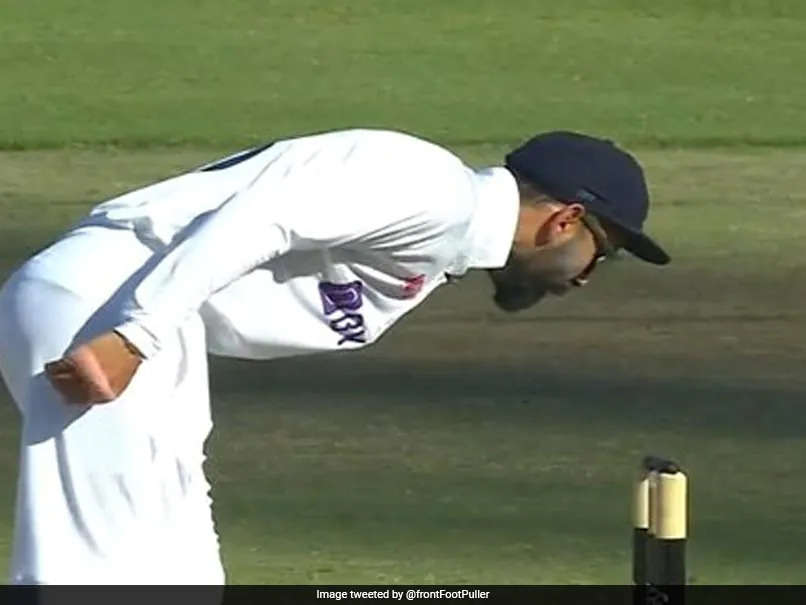 The three match test series between India and South Africa is about to draw to an end. The series which has seen some premium cricket being played. India won the 1st test at Centurion before South Africa came back to square the series. The 2nd test at Johannesburg was won by 7 wickets to make it 1-1. The third test match has it seen it all with a treacherous pitch and some really shoddy umpiring. The hosts stand to win the 3rd test and win the series, but one has to ask if the South Africans won the series on merit? 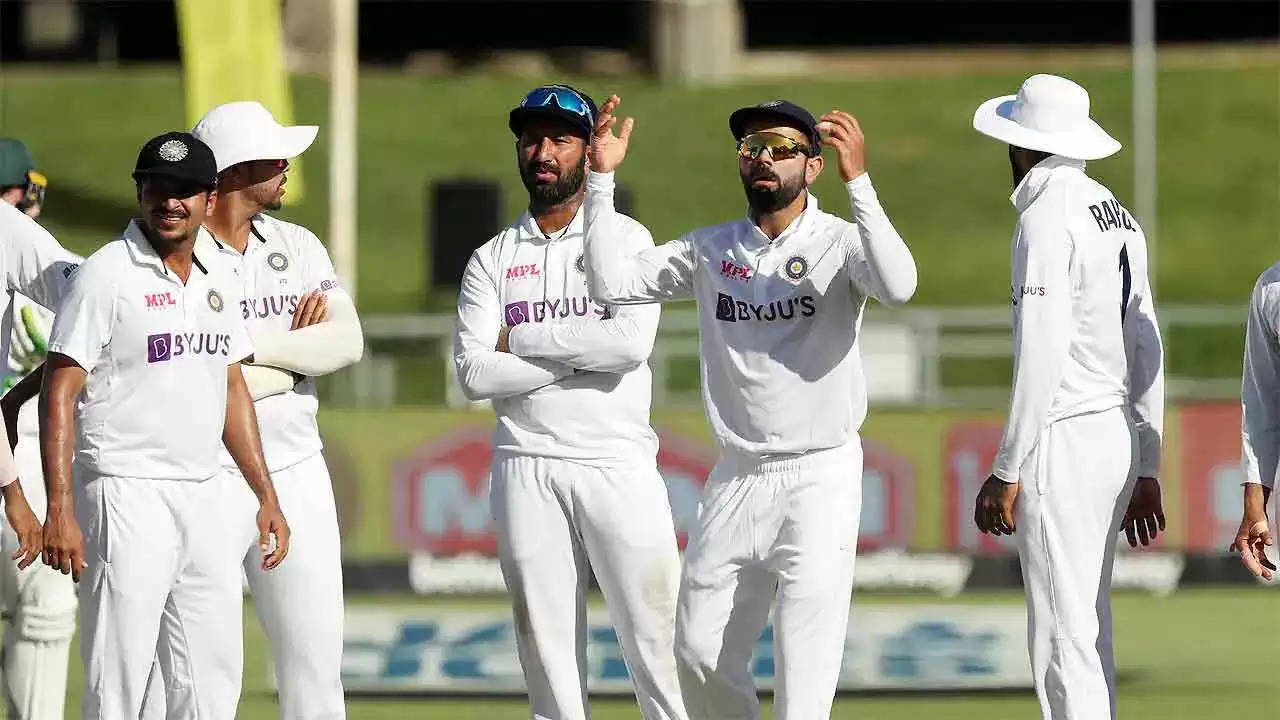 India set south Africa a stiff task of chasing 211 runs on a pitch where on 4 times a team has chased over 200. The home-side lost Aiden Markram dismissed by Shami for the 4th time this series. This got Keegan Peterson to join forces with Dean Elgar. The duo had added 37 for the 2nd wicket when Ashwin bowling round the wicket got umpire Erasmus to raise his finger. The South African captain went upstairs and when the hawk-eye came into effect it was seen the ball was missing the stumps. The Indians were livid and umpire Erasmus was spell-bound.

Not one to hide his emotions Virat Kohli was seen standing miffed with his cap off his head. It was a key wicket for India as it was Elgar who got the South Africans over the line at Joburg. The Indian captain was seen having a word with the umpire and who could blame them? To the naked eye it looked like a plumb LBW decision. The Indians were really shattered with the gross injustice which was meted out to them.

Indian team talk as one and let their feelings be known –

The host broadcasters Supersport bore the brunt of the anger from the Indian team. Off-spinner Ravichandran Ashwin was heard on the mic saying “You better find better ways to win SuperSport” . not to be left behind Kohli was heard saying “focus on your team as well when they shine the ball. Not just the opposition trying to catch people all the time” this was in reference to the Cape Town test of 2018. This was the same ground where the whole Sand-paper saga exploded. Openers KL Rahul and Mayank Agarwal too had their say. Rahul who is going to skipper India in the ODI series was heard saying “Whole country playing against 11 guys”. Agarwal chimed in and said “not good you are making the sport look bad now, making the sport look bad”. Skipper Kohli had the final say when he said “Certainly Conducting a fair game here DRS”

India being wronged in front of the world –

The Indian team has certainly not got majority of the decisions going their way. There have been several instance where the no-balls have gone unchecked. The batsmen have been given wrong decisions and on many occasions dubious catch decisions going in favor of the South Africans. The decisions where it seemed as if the ball has touched the ground when the Indians were batting were comfortably been stood in favor of the Home-Team. Agarwal too was given a very dubious decision in the first test when he was batting well on 60. 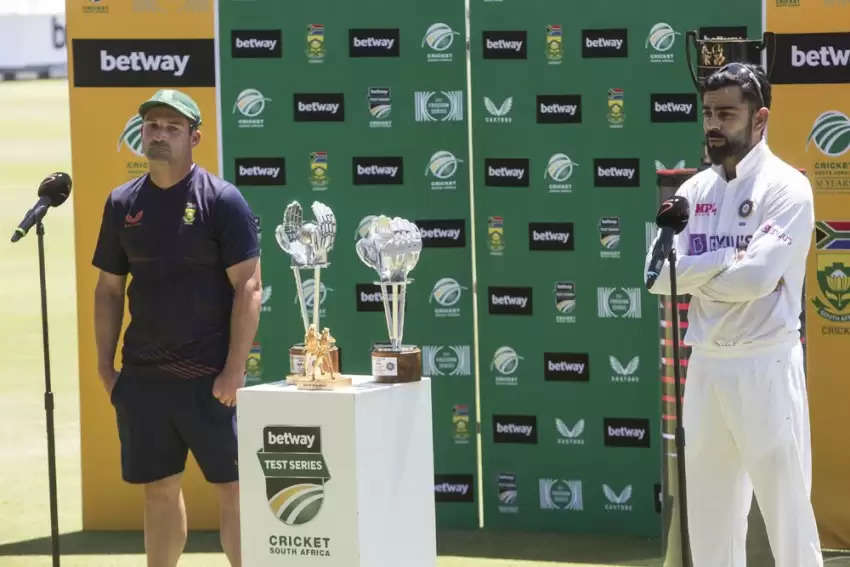 South Africa haven’t won the series but been awarded –

It is safe to say that the home-team if they feel they deserved to be declared as the rightful winners of the series, then they better look in the mirror. They know the Indian team is much superior not only on paper but also on skill. The Indian team hasn’t complained like South Africans have done everytime they tour about the pitch. The Indian team has played in every strip that has been offered to them world over without muttering a word. The fact that South Africa had to use such under-hand tactics to claim a series win speaks everything that is going wrong with their cricket team. Big name players retiring, the entire SJN episode and their shabby treatment of Quinton De Kock when he refused to take a knee is all in the public domain.

The fact that the host broadcaster has manipulated a series in favor of the hosts will bring a new level of shame to South African cricket. Teams touring South Africa will now know they are not only playing against the 11 members of South Africa but also a 12th man in the Broadcasting booth. Now just imagine if the same had happened to South Africa when they are touring India. The whole of cricketing world and even some in the Indian media would have cried hoarse about the injustice and spoken about the BCCI’s clout due to money. Sadly this episode will be forgotten and rubbed under the carpet.

South Africa and its cricket team and its broadcasters need to know one thing though, Karma has its own ways of biting back.  Don’t cry victim when you are in the receiving end of the ordeal because turnaround is a fair play and spares no seekers.