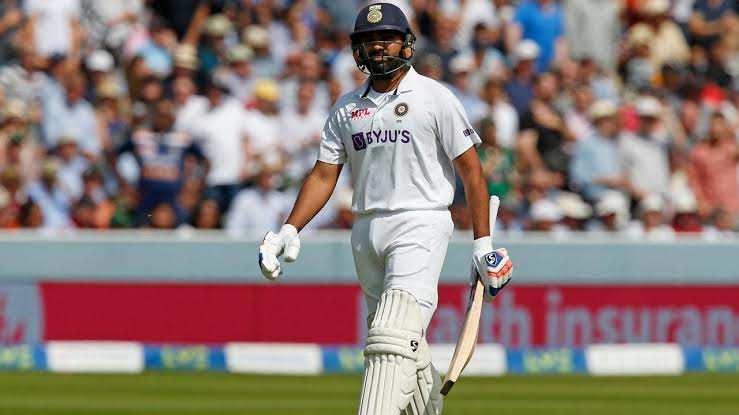 The first test match between India and South Africa has seen India take a huge lead over the home-side. The whole of 2nd day was washed out due to rain and there is more chances of day 5 too getting washed out. Day three though was a proper day of test cricket, one that the Indian team wont forget for a while. The day saw the Indian bowlers dominate the South African batsmen and take a huge 130 run lead heading into the 4th day’s play.

South African wicket keeper Quinton De Kock is expected to miss the 2nd and 3rd test match. The matches are to be played at Johannesburg and Cape Town. De Kock is expected to be with his wife as the couple are set to welcome a new addition to their family. De Kock scored 34 off 63 balls with 3 fours and 1 six during his stay at the crease in the 1st innings. De Kock walked in with South Africa struggling at 32/4 and could have got out first ball if not for a dropped catch by KL Rahul. He added 72 for the 5th wicket with Temba Bavuma before chopping the ball back on to his stumps off Shardul Thakur. 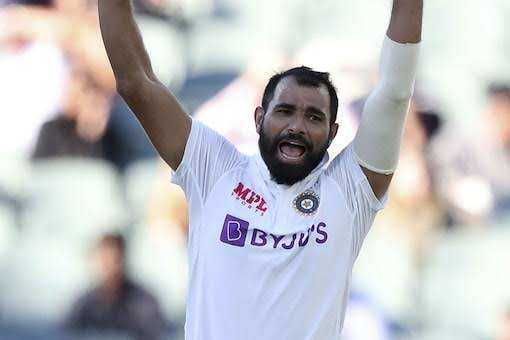 Mohammad Shami the milestone man –
Starting the day at 272/3 India lost their last 7 wickets for a mere 55 runs, as Ngidi and Rabada ran riot with some short ball. The Indian bowlers though made a swift comeback and rattled the South African batting with some penetrative bowling. Mohammad Shami who grabbed a 5 wicket haul during the final innings of India’s last test at Johannesburg in 2018, grabbed his 2nd consecutive 5 wicket haul in the rainbow nation. Shami who started the game on 195 test wickets raced to the 200 mark when he had Rabada caught behind for 25. Shami reached this landmark in his 55th test and ended with figures of 5/44. 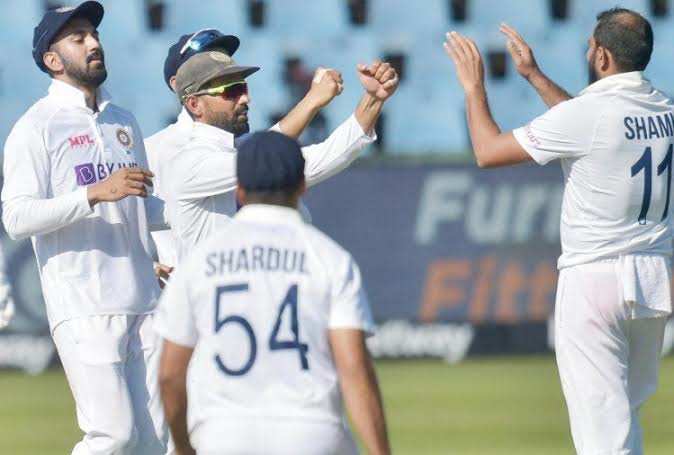 India ended the day at 16/1 with KL Rahul on 5 and night watchman Thakur on 4. Agarwal was the sole batsman dismissed for India falling to Marko Jansen for 4. India have a overall lead of 146 and will look to score some quick runs on day 4. The need for acceleration comes because of the fact that the entire day 5 could be lost due to rain.